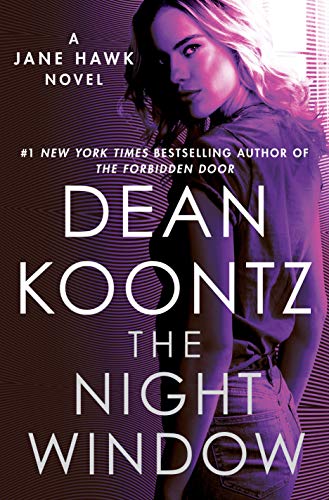 Book five and the final installment of The Jane Hawk series is a must-read for lovers of espionage and conspiracy theories. Several subplots tie into the whole basis of the novel as suspense lurks around every corner.

Jane, FBI's most sought after person in the U.S., is still on the run, not only for her life and that of her young son Travis but to bring down those trying to prevent her from exposing the truth about the ruthless echelons of humanity who want to rule the world. Under disguise and going by the name of Leslie Anderson, Jane appears as a normal average woman as she attempts to be unrecognizable.

"Because she looked younger than she was and wore a pair of stage-prop glasses with bright red frames, she could be mistaken for a studious college girl. She never behaved in a furtive or nervous manner, as the most-wanted fugitive on the FBI list might be expected to do, but called attention herself in subtle ways—yarning, stretching, muttering at the computer screen--and chatted up anyone who spoke to her. She was confident that no average citizen would easily see through Leslie Anderson and recognize the wanted woman whom the media called 'the beautiful monster.'"

As Jane obtains information to destroy the faction known as Techno Arcadians, a young documentary maker, Tom Buckle is summoned to the home of Wainwright Hollister, the head of this new movement. Hollister invites Tom on the premise of his plans to film an outstanding new tale of crime and corruption. Little does Tom know he is the bait in a cat-and-mouse game by the powerful man who loves treachery.
"Wainwright Hollister is graced with a broad, almost supernaturally pleasant face that can produce a smile with as many charming permutations as that of any courtesan in history, and he can use it to bewitch both women and men. They see compassion when in fact he regards them with icy contempt, see mercy when they should see cruelty, see humility when he views them with condescension.

"Wainwright Hollister's foundation, ostensibly formed to support cancer research, had made significant donations to a nonprofit under the control of Dr. Bertold Shenneck, the genius who had conceived of, developed, and refined the nanotech brain implant that made possible the cabal's quest for absolute power."

Tom is treated like royalty by Wainwright who supplies him with his "fictitious" movie plot in which his security agents, present at this meeting, called "rayshaws," maintaining they are "adjusted people" injected with a domination mechanism.

"The three rayshaws were of a physical type, big men with thick necks and broad shoulders and sledgehammer fists, their eyes cold, their stares as impersonal as camera lenses, as if they were not of women born, but instead were immortal archetypes of violence, risen from some infernal realm millennia earlier, having come down the centuries on a mission of barbarity, cruelty, and murder.

"The nanoweb scrubs away their memories, deconstructs their personalities, and programs them to be body-guards who, without hesitation, will give their lives for their master. I'm their master, Tom, and if I tell them to kill you, they will do so with extreme prejudice."

Tom, a small-time producer, is excited a wealthy and commanding man is desirous of his film-production expertise, but little does he realize, the danger he is in with this merciless head Arcadian who pursues killing for the thrill of it. A witness to unspeakable horror, Tom soon finds he is prey to Wainwright's wickedness.

Meanwhile, Jane always on the alert of being stalked is now running from a group she believes is out to capture or murder her. Jane discovers Vikram Rangnekar, a man who once worked with her and who is infatuated with her is trying to help her. He fully has faith in her innocence and uniting with some relatives is hell-bent on rescuing her and getting her story out to the public.

With his vast technological abilities, he is able to hack into the back door of several government agencies before the Arcadians become aware of his intentions. Though he is putting his life on the line, he realizes if this malevolent society isn't brought down, the world as everyone knows it will never be the same.

While Jane and Vikram fight for justice, other sinister forces discover the whereabouts of Jane's son and try to cash in on the bounty on the child's head.

Koontz is a master of what could be with his nail-biting scenarios. The Night Window is enough to make one look at those of wealth and power in a different light in this totally mind-boggling and exciting read.