Into the Night (Gemma Woodstock) 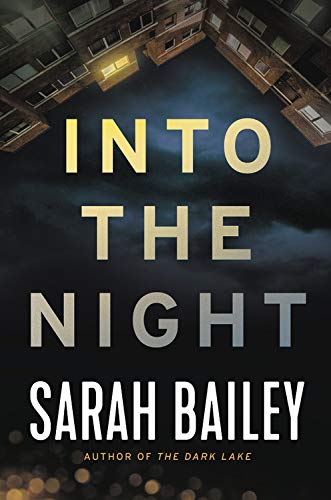 “Into the Night will plunge the reader into a whirlpool of suspense as the story’s twists and turns reveal how one person’s ambition can make other lives expendable.”

When a homeless man is killed by a single stab to the heart, the Melbourne police can find no motive and the only witness is no help at all. Gemma Woodstock, newly assigned from her home in New South Wales, is appalled by the seemingly useless death.

“The brutality of the homeless man’s death pulled me down, his crumpled corpse heavy in my thoughts. It’s impossible for me to know if he was good, bad, or an of the shades in between. But no matter what happened at the end, right now—punctured, slumped and drained of life—this dead old man looks like an abandoned little boy.”

Gemma has recently moved from her home to escape her breakup with the father of her son. Though she keeps in touch with young Ben through Skype and he visits, it’s not the same. She knows she and Scott will never reconcile. The knowledge of her affair with her police partner and subsequent pregnancy and miscarriage, will always be between them, as well as her reaction to the murder of an old classmate she had to investigate.

“I was an exception detective but a bad partner and a barely passable mother.”

Gemma has a new man in her life, but she keeps Josh at arms’ length.

“For the hundredth time, I wonder what Josh sees in me.”

Not ready for any serious relationship, instead she prefers prowling bars at night and picking up strangers. Her daytime life isn’t much better as she hasn’t fit in yet with her fellow detectives and is still the “new girl,” even to her cynical new partner, Nick Fleet. Currently juggling the homeless man’s murder with the investigation into a murder case involving Frank Jacoby, a local crime boss, in a little while, her personal worries will be put on hold.

There’s a movie being shot on location in Melbourne, and the star’s been killed. In the midst of a horde of zombie extras and in front of the cameras, Sterling Wade is stabbed to death.

Wade’s death is given much more attention than the death of a vagrant, of course. He was the idol of millions of Australians and preparing to go to the States to work after the movie was finished. Investigation reveals odd relationships within the family: jealous siblings, parents who were proud of a son they didn’t really relate to. The actress co-starring with him claims they were engaged. His housemate insists they were gay lovers. His director admits Wade threatened him if he made another sexual advance to another actress in the movie.

“Starting a case is like beginning a jigsaw puzzle without looking at the picture on the box. We begin with finding the corners, then get the border locked down. Ending up with a piece missing is a detective’s worst nightmare.”

Everyone liked Wade, but when the police dig deeper, they find quite a few people had motives, and none of them are giving the right answers to the proper questions.

Gemma is about to discover that the old quotation about tangled webs and deception is entirely true, and when she does, she also finds that those twisted skeins will bring together all the crimes, include people she thought were beyond reproach, and a few she never suspected.

This second entry in the Gemma Woodstock series is a stunning follow-up to the original novel introducing the Australian detective to the reading public. Gemma has undergone changes from the first book. Now, she’s in Melbourne, trying to fit in with the police department there. The reasons for her leaving and the people she’s left behind continue to plague her, however. Though she’s met the attentive and handsome Josh, she keeps herself from furthering their relationship.

In this respect, a single drunken incident with new partner, Fleet, appears to have no purpose other than to render Gemma more guilt-ridden, since Fleet appears not to remember and never mentions it.

This guilt and angst, continuing throughout the novel, and occasionally getting in the way of the investigation, is the one grain of sand in an otherwise gripping mystery novel. Indeed, it might be said that if Gemma hadn’t been whining and moaning so about what and who she left behind, she might’ve discovered the link between the death of homeless Walter Miller and actor Sterling Wade much, much sooner.

Nevertheless, Into the Night will plunge the reader into a whirlpool of suspense as the story’s twists and turns reveal how one person’s ambition can make other lives expendable. It’s a good entry into this series that will leave the readers begging for more.