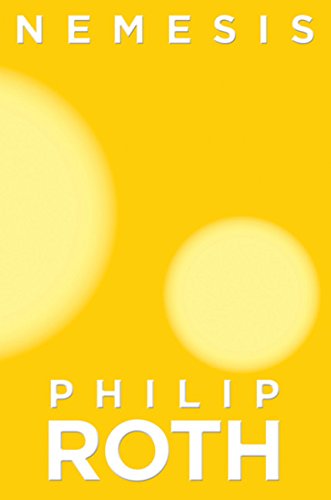 In recent years, Philip Roth has downsized. Following a string of meaty novels in the 1990s and early 2000s, garnering several prestigious awards, Roth has produced pared-down works of fiction, including The Dying Animal, Everyman, and The Humbling, in each of which an aging protagonist deals with loss.

His newest, Nemesis, follows the pattern, but with a difference. While similarly modest in length and scope and similarly concerned somewhat with physical decline, this novel depicts a more fully realized world—the kind Roth readers came to expect in the 1990s, and in The Plot Against America in 2004—and the protagonist is a younger and more fleshed-out character than we have seen from Roth of late.

The story in Nemesis centers on Bucky Cantor, a 23-year-old playground superintendent who works in Weequahic, the Jewish section of Newark, New Jersey, during the sweltering summer of 1944, ostensibly as a coach and mentor to boys who gather to play baseball. As the country fights the Germans and Japanese overseas, due to poor eyesight, Cantor stays at home where he faces his own battle: several children in Weequahic are afflicted with polio, then a sometimes fatal, often crippling disease for which there was no cure. This precisely rendered story tracks Bucky Cantor’s days of summer—the man he hoped to be as exemplified in his stern grandfather who raised him, and the man he becomes in the midst of the polio ordeal.

For those readers unhappy with Roth’s most recent work—its lack of believable character development and at times perverse sexuality seemingly intended to shock the audience—this novel eschews those tendencies. Composed of Roth’s typically long, winding yet clear syntax, Nemesis is an unhurried tale full of lavish detail, from the games and songs of Newark’s children, to the campfire festivities at summer camp in the Pocono Mountains. No explicit sex, not even profanity, intrudes into the story. What we have is at times a highly sentimental, idealized depiction of life in which the characters, particularly Bucky, must deal with a deadly intruder in polio.

In addition to the excessive sentimentality, the chief criticism to be leveled against Nemesis is one of narrowness: The narrative at times belabors trite observations; for example, the protagonist’s rage against an unjust god that would allow children to die. Several secondary characters are one-dimensional—Bucky’s girlfriend Marcia, her idealized father, her untainted sisters. And some readers might find the story flat, lacking in dramatic flair and the Roth humor characteristic of his earlier work.

The tradeoff, however, in this modest, beautifully composed novel, is a fully realized protagonist in a lovingly detailed place struggling to live a moral life.