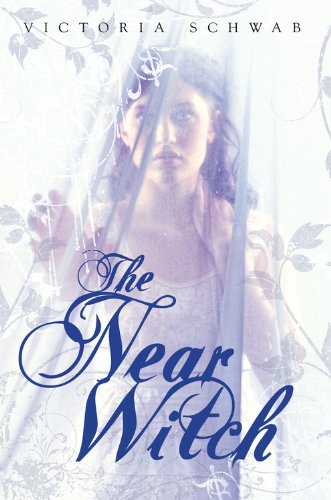 “. . . author Victoria Schwab has dazzled with her debut novel. . . . destined to become a classic.”

The mysterious settlement of Near is on the edge of the wilderness; it sleeps beside the neverending moors. The moors that are occupied by the Near Witch—or so the ancient story recounts. But that was so long ago it’s become a fable, a mere children’s rhyme.

Until the night the children start to go missing. The wind whips up in a frenzy, the windows open, and the children are gone without a trace.
Who is taking the children of Near? Is it the resident witches who have lived in peace with the villagers for as long as any can remember? Or is the new young stranger in town to blame? Strangers are rare in Near, and Cole does not seem to fit in; in fact his unnamable uniqueness seems to surround him, visible to anyone who bothers to look. And young Lexi sees this unnamable something—drawn in like a moth to a flame.

However, while attracted to the newness of the young stranger, the teenage Lexi fears for each child as they slip into the night and disappear. After the death of her father, Lexi feels it is up to her to protect her family and sees herself as the strongest link to their survival. After all, she fears for her younger sister, Wren, who seems defenseless against this unseen enemy.

A product of her deceased father’s love of nature, appreciation for the ways of creation, and respectful of the power of witches, Lexi seems to speak the language of the moors.

They say witches are born not made, but Lexi and her father share an uncanny ability to track animals and identify with the natural world that surrounds them in the tiny village of Near—so much so that her father was once known as “The Protector” of the community and its surrounding moors. And yet can Lexi help locate a kidnapper who seems to ride the wind, leaving no trace behind?

In this fascinating tale of nature and lore, author Victoria Schwab has dazzled with her debut novel. Dotted with historical references and an ancient sensibility, yet taking place in a time unspecified, this story about a strong young girl who embraces her surroundings and talents will appeal to young adult readers. Creating a strong central character and a deeply rooted sense of context, Ms. Schwab has evoked a story that will have readers reading into the night, hungry to solve the mystery of the witch of Near.

The Near Witch is a story that seems to unfold as organically as the wilderness it is set in. It is destined to become a classic.