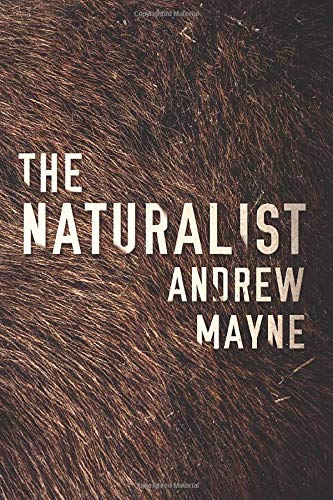 Theo Cray is a bioinformatic, combining computational science and biology.  He’s in Montana studying environments that cause animals to change their body types. He’s also just become a person of interest in a murder case.

Theo’s former student, Juniper Parsons, was on a field trip of her own when she was brutally killed. The coincidence of Theo’s arrival makes him briefly a prime suspect though he is quickly cleared. The thought that his lectures set June on the path to her death leaves a heavy feeling of guilty, however.

After the case is officially closed as being from a bear attack, Theo accidentally gets access to blood and DNA samples from the crime. He begins his own investigation, proving June wasn’t killed by a bear. All his findings point to a human killer, and also that he’s killed before.

“Whenever people look the other way when evil is around them, the wicked will find it.  Those hills could be filled with lost girls.”

No one believes him, of course. It’s easier to close the case as it now stands.

Theo discovers Montana has more missing persons per year than heavier-populated metropolitan areas, and who knows how many others never reported? He knows what he should do. He should simply leave. He also knows what he must do . . . and that makes him stay.

“I prepare myself for more awkward encounters with local law enforcement as I keep digging up bodies. At some point, their default answer can’t be ‘A bear did it.’”

When his computations leads to a second body, then a third, and a fourth, however, the authorities take notice, but not in the way Theo wishes.

“‘The girl who was killed by a bear was a student of mine. And I don’t think it was a bear. That’s why I came here.’
‘Because you think a man killed these girls. One of them you know personally?’
‘Yes. Exactly.’”

Theo’s discovered the weapon. He may have found the site of the original crimes, and a very good suspect, but he’s also gotten himself once more into the spotlight as a man knowing too much about the deaths. He realizes there’s only one way to find the man he’s come to call the Cougar Creek Killer. “I’m not going to catch the killer from some careless clue he left behind. I’m not going to find that buried in the ground. I have to go to the places he’s been and see what he’s seen. I have to pretend I’m the killer.”

In doing so, he’s warned the man who’s gotten away with murder for over thirty years that he’s been discovered. By pursuing his investigations, Theo has placed not only himself but anyone associated with him, from his students to the attractive owner of the motel where he’s staying, in mortal danger—but he has to see this through, for June and the other victims.

Though readers will have to put down this novel to tend to the mundane activities of life such as eating, sleeping, and going to work, they’ll undoubtedly return to The Naturalist as soon as possible after each of those tasks has been fulfilled. This story definitely catches the interest and holds it.

Even if some of the computational explanations may fly past the layperson, the results stick in the mind, and each step Theo takes, with each time he’s ignored by the police, one more level of tension is built. The scientist becomes a man with a single idea and he’s determined to prove it, no matter the extreme physical and mental pain he experiences in the process.

The killer may not make an actual appearance until the very last four chapters of the story, but his faceless presence fills the pages throughout. From the moment Theo proves to himself, if not to others, that the killer is human, until they meet face to face, the murderer of Juniper Parsons and the many others looms large in the story, creating a sense of desperate urgency.

The narrative is concise and direct, filled with Theo’s personal observations and his guilt in the realization the things he taught his students inspired Juniper to go in the direction eventually causing her death.

His admission of his weakness of not being responsive or personal enough in his interactions with others also becomes a strength used in his ability to ferret out the truth. If there’s one facet detracting from the story, it’s the first person present point-of-view in its telling, distracting from the narration with its jangle of being in-the-moment.

Nevertheless, The Naturalist is a suspenseful, tense, and wholly entertaining story, with a protagonist who gives a fresh approach to solving mundane-appearing crimes that are in reality carefully disguised atrocities.

Compliments to Andrew Mayne for the brilliant first entry in a fascinating new series.