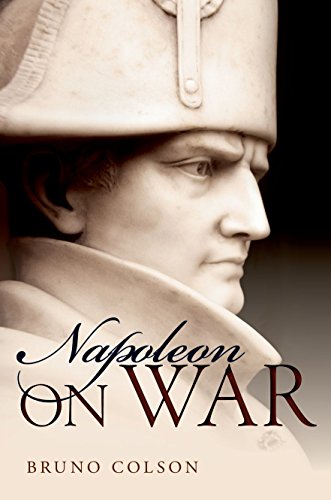 As the bicentennial of the Napoleonic era draws to a close with the recent 200th commemoration of the Battle of Waterloo, Napoleon Bonaparte is getting a fresh and overdue reexamination as a general and politician.

Recent books like Andrew Roberts' new biography use a treasure trove of previously uncatalogued letters and documents written by Napoleon and his confidants to present a more nuanced look at the soldier many military historians consider history’s greatest general.

One of the most interesting facts about Napoleon is that unlike many great generals such as Caesar Augustus, Frederick the Great, or Maurice de Saxe, Napoleon did not write down a memoir, principals, or lessons learned from his many battles and campaigns. Until now the collections of Napoleon’s purported maxims or lessons of war have been apocryphal at best or simply made up at worst.

Napoleon has now been given his due by Professor Bruno Colson in this excellent book that combines new source material with outstanding narration to publish what will no doubt become the definitive volume on Napoleon's thoughts and experiences of war. Professor Colson has written this volume to understand “Napoleon not only as a master in the art of war, but also as a privileged witness of war in all its aspects.”

Colson sets the table in an excellent preface where he navigates the reader through his intention to increase both the readability and usefulness of this book to the student of military history and strategy by using the basic format and structure of Carl von Clausewitz’s magnum opus On War.

Colson informs the reader of the intertwining of these books, as both Clausewitz and Napoleon were products of the European battlefront during the nearly twenty years of war from 1792–1815. Colson does an outstanding job of comparison and contrast between these two volumes, and it becomes clear to anyone who has read Clausewitz the independent yet kindred thinking of these two generals.

This service, in theaters across Europe and North Africa, gave Napoleon a varied background, reflected in his thinking on topics as diverse as the laws of war to the employment of armies fighting Muslim foes. In addition, Napoleon addresses many aspects of war that Clausewitz neglects including naval warfare and the interaction of what today would be called the operational level of war, strategy, and grand strategy.

Napoleon also devotes a great deal of thought to some very advanced thinking on what military personnel now term “combined arms” warfare; or how to best integrate the roles of early 19th century infantry, cavalry and artillery to provide the best balance between firepower, speed, and mobility of an army.

Napoleon was trained as an artilleryman, a highly technical service at the time, and he devotes a great deal of thought to esoteric details of how many guns a division should have, what the proper ratio of infantry to cavalry and infantry to artillery should be in an army and how to best employ infantry and artillery on the battlefield. Combined with his thinking on organizing his army into the first modern military division and corps structure that combined all there branches of the army, and one can see the genesis of most of the order of battle structure used by European and American armies for the following century.

This is not a book for the new student of strategy or the Napoleonic wars. Colson's writing is rich and full, and he assumes that the reader has a solid understanding of military science, the Napoleonic era, and Clausewitz's writing.

For the graduate or professional military college student of war, this volume will no doubt become a part of the must read booklist. Professor Colson has taken on the mighty task to chronicle and explain the thinking of one of history's greatest generals and succeeds on all counts. This volume should occupy an honored space next to your copy of On War and you will likely never pick up one without the other again.