In the Name of Gucci: A Memoir 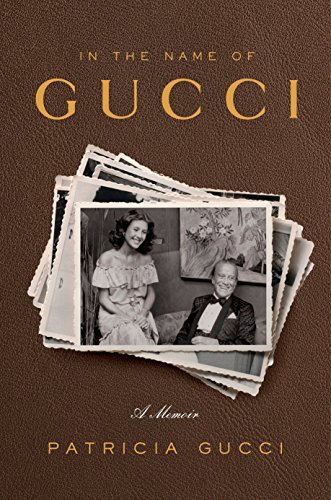 Before going any further, it should be stated that if you have no interest in the legacy of Gucci, the brand or family, then you can safely pass on this book. If you possess an interest in fashion, brand building, family dynamics, and many more aspects of the life and times of Dottore Aldo Gucci, well then, stop here, run out and buy this book, and devour it post haste.

Keep in mind that the book is written more or less as a love letter to a father and mother by the illegitimate daughter of Aldo Gucci and his longtime mistress Bruna; yes, they eventually married and the daughter became a recognized heir to her father’s legacy and fortune.

Unquestionably, the content of the book is poignant, honest, melancholic, and to some maybe even tearful. As a loving daddy’s girl, Patricia Gucci details the dysfunction of the entire Gucci clan, which could easily have been the precursor of Dynasty or Dallas, but instead of oil this was about a prestige brand that went from local to mega international in less than a generation.

The book is insightful on all levels especially when it came to the relationship of Patricia Gucci’s birth parents. If nothing else, she provides an amazing portrait of the man who catapulted Gucci into a luxury brand based on his instincts and innate business sense and the woman he loved. As with many families, daughter and mother spent most of their lives in a contentious relationship; the mother having suffered from bouts of severe depression and the daughter wishing for a mother’s love that was unavailable. There is no fairy tale ending. It can be said that Aldo, Bruna, and Patricia are glowing examples of what love and devotion to each other can produce.

The only irksome facet of the book is that so much of the information was made available via retelling from the elder Signora Gucci, which casts some question as to how colored the truth might be. Regardless there are so many Machiavellian twists and turns that life threw at all of them to create a veritable nonfiction soap opera on steroids. What comes to mind is the saying “we make plans and God laughs.”