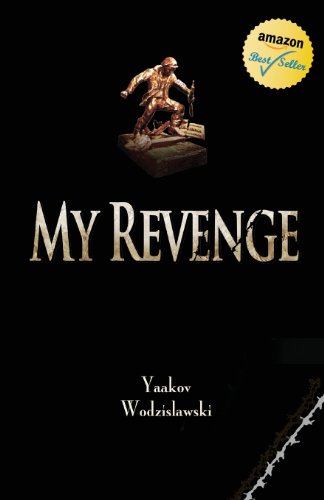 Yaakov Wodzislawski was not quite 14 when Nazi Germany invaded Poland. A Jew, he survived harsh ghetto life and a labor camp in his home town, Czestochowa.

While his parents were being murdered in Treblinka, Yaakov escaped the labor camp and was shielded from harm by Barbara Hajdas, a Pole later declared, “Righteous Among the Nations.” She put her own life in jeopardy by hiding 14 Jews from Nazi troops and the Gestapo. During this time, Yaakov was forced to hide in an underground bunker with no light, no heat, starvation rations, and nothing but straw to sleep on. For eight months, it was dark, day and night.

When Poland was finally liberated, Yaakov returned to his home town and found solace with his brother. But they had no money, no jobs, and no food. Yaakov made a promise to himself. He vowed that he would survive in order to tell the true story of the Holocaust to others. In this way, he fought the guilt of being a survivor and promised the dead that their story would be told.

In 1945 Yaakov entered Israel illegally. His brother soon followed. When Israel was declared a nation and attacked by surrounding countries, Yaakov joined the Haganah, the predecessor of today’s Israel Defense Forces (IDF). He was wounded in battle, leaving permanent paralysis in one leg.

In 1978, Yaakov married Irena, who was also a child of the Holocaust. Together, they founded the Ariel (Israel) Holocaust and Heroism Memorial House, dedicated to the lives of his family and the six million murdered because of their faith. Yaakov died in 2013. This publication is dedicated to his memory.

This is work of nonfiction. It is a fact-based memoir of Yaakov’s experiences in the Holocaust. It is not florid or graceful; nor is it consistently linear; however, this survivor is not a successful novelist, well-trained by education and honed by experience. Yaakov recorded his memory as carefully as possible after the war. The result is an excellent description of experiences so tragic that no one should be forced to endure them. This book is educational, personal, horrific, and essential.

“Over the years I asked myself why I had survived instead of millions of other Jews. I realized that others and I were left alive to tell their story, to testify to what really happened. They died anonymously and I, who survived, have immortalized them in the minds of generations to come. I know that I am fulfilling their wish. And I know that the experience the memorial center (that I created) will stay with them as a personal experience. This is my revenge on those who exterminated my people. This is my revenge!”