My Old Home: A Novel of Exile 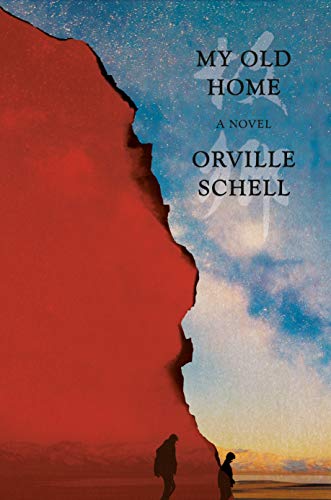 “For those who want a close-up portrait of a complex society with a rich history and plenty of contradictions, My Old Home is an excellent place to begin.”

The Chinese have told plenty of horrific stories about their own cultural revolution that lasted from 1966 to 1976 and that upended the whole country and the lives of its citizens.

Now, Orville Schell, who has studied and written about China nearly his whole life, has published a big book titled My Old Home: A Novel of Exile that’s largely about the Chinese cultural revolution, though it also goes beyond it and depicts the massacre that took place in Tiananmen Square in 1989.

Mostly, Schell does not paint a pretty picture. In that regard his novel is unlike two classics by other Americans that are about the most populous country in the world: Red Star Over China (1937) by Edgar Snow and Fanshan: A Documentary of Revolution in a Chinese Village (1966) by William Hinton.

Those two books influenced several generations of readers around the world.

What My Old Home has going for it is its historical sweep and its ruminations on Mao Zedung, the Chinese Communist Party, the Red Guards, and the devastation caused by the cultural revolution.

The novel also has an endearing protagonist named Li who has a Chinese father who loves music and a Eurasian mother who is only glimpsed and not fleshed out. As a kind of hybrid, he straddles worlds.

Li is attracted to the Red Guards, Mao’s private army, even though his father is demonized and attacked by them. He wants to belong to the march of history, and at the same time he identifies and empathizes with his victimized father.

My Old Home takes place in urban and rural China, and also in San Francisco, where Li lives as an exile and suffers the discomforts of nearly all exiles. One reviewer described the novel as didactic and rather plotless.

But a reviewer could also say that it’s a picaresque novel of ideas that uses the adventures and misadventures of the main character to tell a story about contemporary China.

As an American, Schell knows the reading public in the U.S. As a longtime scholar of Chinese society, he’s familiar with a culture that has often struck Americans as exotic and strange.

Both President Trump and President Biden have tended to demonize China and the Chinese. In the long run that might not be helpful for the future of a planet afflicted with global warming and other problems.

For those who want a close-up portrait of a complex society with a rich history and plenty of contradictions, My Old Home is an excellent place to begin.

After writing several powerful nonfiction books about China, such as To Get Rich Is Glorious: China in the Eighties and Discos and Democracy: China in the Throes of Reform, Schell is to be congratulated for branching out and writing a gripping novel with believable characters and a strong sense of Chinese places. Some of the writing, especially at the end, is inspired and inspiring.

It might sweep readers up and carry them into a colorful pageant with the clash of rival forces and seductive ideas.