My Father Before Me: A Memoir 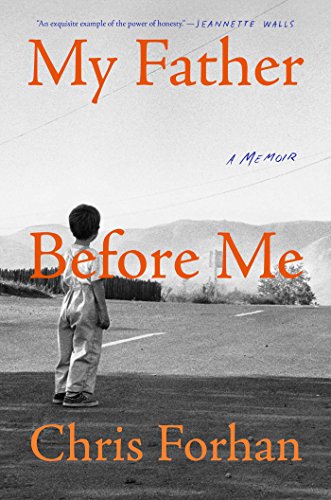 In The Duke of Deception, memoirist Geoffrey Wolff wrote of a man—his own father—who lied voraciously, died in shame, and nonetheless was loved. He left questions in his wake. He taught his son, in his own twisted way, the prevailing power of truth.

Chris Forhan’s memoir, My Father Before Me, is a book written in the tradition of Deception and in ways Joan Wickersham’s The Suicide Index. It’s another story about an elusive father. It’s another son—a former local broadcaster, a nationally renowned poet—who ponders legacies and aftermaths, the unsaid things, the imagined ones, the residuals of memory.

Forhan was just 14 when his father, a silent accountant who slipped in and out of dark moods, committed suicide in the family carport. Forhan was already predisposed to watchfulness and silences. He was attuned to rising tensions. He was an Irish Catholic kid with seven siblings and a smart but overly burdened mother and he had to sort most of it out for himself.

It would take Forhan years before he willingly set out on that journey. He would dream about his father. He would write poems. He would wonder and imagine, but he didn’t ask questions. And then, at last, he did—interviewing his mother and his siblings and going back into the known record to piece together the story of his father’s life—and his own.

My Father Before Me is a quiet book—part biography of an enigmatic, hardworking man and part memoir of a rising poet. Its themes are the cost of silence, the texture of solitude, and the courage required to move beyond scripted language toward felt communication. Sometimes the stories in this book are so subdued, so carefully told that the pages lose their urgency; the language becomes nearly clinically precise. Sometimes tangents feel too tangential and anecdotes don’t fully crystallize.

But often Forhan rises out of his own story to ponder, say the “wild and weird” of poetry, or the “intoxication” of writing, or the “tragedy” that arises when two people never learn “fully to rely on each other.” There’s great wisdom here. Passages that startle.

Early in the book, for example, Forhan defines suicide. It’s an impeccable definition:

“Suicide is a paradox: self-expression through self-annihilation. It’s the last word: perfect, unanswerable. The content of the message is ambiguous, and the ambiguity can never be fully resolved; a suicide leaves behind it a wake of silence.”