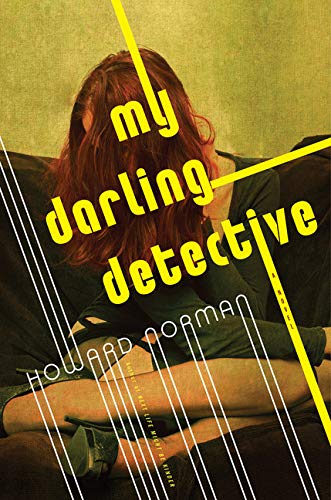 The “darling detective” of the piece is Martha Crauchet, a Halifax, Nova Scotia, police detective. The narrator is her fiancée, Jacob Rigolet, former assistant to a wealthy art collector and very much involved in Martha’s current case.

It is while Jacob is on an assignment for his soon-to-be-former employer, bidding on a photograph taken during World War II by photographer Robert Capa, that he witnesses his mother, Nora, walk to the auctioneer and toss an open bottle of ink at the picture.

At Nora’s interrogation, Jacob learns quite a few things his mother has kept secret, the first being Nora’s husband is one of the subjects of Death on a Leipzig Balcony, the photo she tried to destroy.

The picture was shot on April 20, 1945. The man Jacob always thought was his father died later that day, the day after Jacob was born in the Halifax Free Library where his mother was librarian. Unfortunately, Bernard Rigolet was sent to Europe 14 months before Jacob was born. . . .

This information manages to reunite mother and son who have been slightly estranged since the day Nora had an emotional breakdown after receiving a group of Robert Capa war photos for the library. Subsequently, she was confined to Scotia Rest Hospital, from which she escapes to attempt defacing the photo at the auction.

Martha is assigned to interrogate Nora and amasses quite a file on Jacob’s mother.

Immediately, two of Martha’s colleagues, senior detectives Hodgdon and Tiles, announce the reopening of a cold case involving the 1945 killing of a Jewish celebrity and the disappearance of a witness.

“‘Let’s cut to the chase, Martha.’ Tides said. ‘You, me, and Detective Hodgdon caught a cold case.’”

The suspect in the case is Robert Emil, at that time a somewhat tarnished Halifax police officer. Nora Rigolet was under surveillance as a “person of interest,” and later was “roughed up” by Emil.

“‘When I read in Nora’s file that she socialized with Robert Emil, I realized my cold case is most likely your father.’”

Though he has a quite a few questions for his mother, Jacob manages to take that in stride, because something more important claims his attention.

Robert Emil has already tried to kill Nora once, on the day Jacob was born, in fact. That attempt brought about his birth.

Jacob has reason to worry, not because the man he thought his father isn’t, but because the man who is may still be alive. If so, he may try again to kill Nora now that the cold case is reopened.

Detective Hodgdon offers his own brand of sympathy to Jacob:

“‘Martha says this Robert Emil was probably. Most Likely. Your actual old man. Jacob, you want me to drive you over to the Angus L. Macdonald Bridge, and take down your last will and testament and your fond farewell? I mean, this must’ve been some news. This guy? He’s a sewer rat. No offense intended.’

Martha sums it up deftly.

“‘It’s like a waking nightmare, this cold case. Which is warming up by the minute.’”

My Darling Detective is an enjoyable story full of choice phrases, light sex, and a great deal of classic noir dialogue. In Jacob’s conversations with Martha, who likes to quote Thomas Hardy novels, and the give-and-take between Detectives Hodgdon and Tides, there’s more than a hint of The Thin Man and novels of that genre.

Interspersed between the investigation and Jacob’s whimsical narration of his own reactions, there is the thoroughly entertaining radio program he and Martha listen to, Detective Levy Detects, whose episodes mirror their own real-life situations. Add to these the letters Jacob finds, written to his mother from her husband, telling of the actual day the fateful photograph was taken, and a dramatic and poignant part of the plot unfolds.

From its mention of movies to cars and songs, all balancing detective work, My Darling Detective is an enjoyable read, a mystery that is also a look at a young couple’s life in the ’70s, as well as a contrasting of the very opposite reaction two men have to the same war.