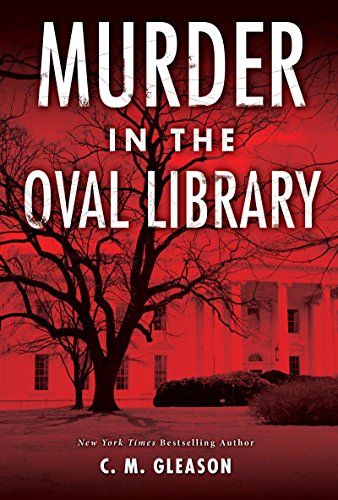 “an example of a single event taking precedence over a more monumental one.”

It is the eve of the War between the States. Fort Sumter has been fired upon, and Washington waits to be invaded by Southern troops. Something a little more close to home is happening in the White House, however. A maid discovers a dead body in the oval library.

The deceased is Johnny Thorne, one of the newly-appointed Frontier Guard, but what was he doing in the library? Does it have to do with the approaching army? Is there an assassin lurking in the White House?

Adam Speed Quinn, Lincoln’s aide, having just solved another mystery a short time before, is ordered on the case. Adam may be slightly disabled, having lost his left arm in the dissention in Kansas, but he’s able-bodied enough to do what’s needed.

When it’s discovered the murdered Thorne is actually a woman in disguise, even more questions abound.

With the help (and hindrance) of a Southern belle—who may or may not be a spy but is certainly a sympathizer—and a female reporter, Adam will out the killer, and discover Johnny Thorne’s death had nothing to do with the War but was caused by the most basic emotions of human nature.

A thought-provoking story, though interspersed with so many political opinions and historical facts, the plot occasionally seems overlooked. It’s interesting to note that in this series, as in another about Mr. Lincoln, he has an assistant named Speed, this one a man who, though having lost his left arm, is nevertheless up to the task set before him.

Because of Adam Speed Quinn’s disability, there’s a section on prosthetics of that time period that is definitely interesting, as well as other historical fact setting the periods.

This story abounds with historical characters as well as fictional ones, such as Clara Barton and Senator Jim Lane, and both will hold the reader’s attention, especially the two female characters. Sophie Gates’ engagement to her fiancé was recently broken and to avoid the gossip this brings, she is sent by her family to Washington, to “visit” her uncle who runs the Smithsonian Institution. Since her uncle is a Southern sympathizer, Sophie, a budding journalist, is immediately suspect, but not as much as Constance Lemagne. Since Constance’s father was the accused in the other murder Adam solved, that also makes her interest in this one more than suspicious. A displaced Alabama belle, she’s a cliché, all Southern drawl, batting eyelashes, and “Ya’lls”—used incorrectly, by the way—and while she may not be a spy and her interest in helping Adam may be simply because of Adam himself, she’s given false information that finds its way to the real spies in the city.

While occasionally slow-moving, Murder in the Oval Library is an example of a single event taking precedence over a more monumental one, one person’s murder versus a nation at war. Against that more epic background, the wheels of justice still move, however they may be impeded by the chaos surrounding them. This is a great novel for those who like their mysteries in a historical setting.