Mr. Wilder and Me 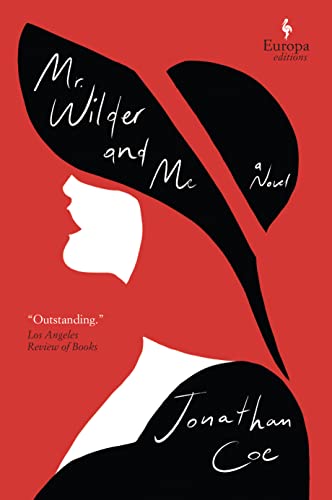 Mr. Wilder and Me is, in part, a homage to the great film director and producer, Billy Wilder, and his screenwriter/friend, Iz Diamond. The novel centers around the making of Fedora, one of Wilder’s lesser and last films. Cinephiles will find this account a diverting companion to scholarly volumes about Wilder and the post-war history of films. Those interested in the Holocaust will also learn details about Wilder’s haunting loss of his mother and family in Austria and his creation of a documentary using footage taken during the liberation of concentration camps. However, the life of Calista, the fictional narrator, is not a compelling story.

The novel begins in London. Calista is 57, and one of her twin daughters is departing for Australia and the other is considering an abortion and soon to leave for university. Her husband, Geoffrey, and her twins seem disconnected from her and unaware that she is suffering the onset of “empty-nest syndrome” and harboring fears about old age and the end of her career as a film composer. Calista’s contemporary and youthful perspective serves as a scaffold upon which the Billy Wilder narrative hangs.

Her current despair ushers in nostalgic flashbacks of meeting Wilder and Diamond in 1976 when she was a naïve 21 year old. Calista, who is Greek/English, journeys from her home in Athens to Hollywood. Her traveling friend’s father has parlayed an invitation for them to meet Wilder and Diamond and their wives at an elegant restaurant. Calista arrives in a T-shirt and cut-off shorts, which is implausible because she comes from a good family and would never be so gauche. Although she is ignorant of Wilder and his movies, she manages to connect with the two men—again, not especially plausible. A further stretch occurs many months after her return to Greece when she is extended an offer to be Diamond’s personal assistant for the filming of Fedora on Corfu.

The plot weaves in and out of Calista’s life with the emphasis on her younger self during the time spent with Wilder. Returning to age 57, she regards his photo and states: “we had both come to the same realization that what we had to give, nobody really wanted any more.” This sentiment is also similar to the theme of Fedora, in which an aging actress has become facially disfigured in an attempt to restore her youthful beauty and is now no longer able to make movies. As Calista considers: “the film shows such compassion . . . for its ageing characters [who are] struggling to find a role for themselves in a world which is interested only in youth and novelty.” These perspectives run parallel throughout the book: in Wilder and Diamond’s thoughts about their lives, the film, and Calista’s own contemplations.

Toward the end, Calista says: “at heart . . . I am a sensible person rather than a romantic one.” Unfortunately, her personality flattens Mr. Wilder and Me, which would benefit by ramping up the emotion so that the reader feels empathy for Calista. As written, she comes across as a cipher whose sole purpose is to knit together the novel’s elements and reprise the themes espoused in Fedora.

Jonathan Coe’s admiration of Wilder certainly inspired the novel, and the material seems diligently researched (a bibliography is included). The making of the film (starring William Holden) is well written, and Corfu and Lefkada are evocatively rendered as are cities where the production continues. Yet Calista’s interactions with Wilder and Diamond, as well as a brief on- set romance with a man named Matthew, don’t seem believable, nor is Calista’s story sufficiently captivating to engage the reader’s interest. A 50-page sub-section, written in the style of a film script, is a perplexing insertion that isn’t smoothly integrated into the main narrative.

Coe has won many literary awards so previous titles might be better choices. While this book is recommended for film buffs, others may prefer bingeing on Wilder’s brilliant oeuvre: Double Indemnity, Witness for the Prosecution, Some Like It Hot, and Ninotchka.

Laury A. Egan is the author of young adult and adult novels in a range of genres, including, literary, comedy, and literary suspense. Four volumes of poetry have been published in limited edition. Her short stories and poetry have appeared in 85 literary journals and several anthologies.