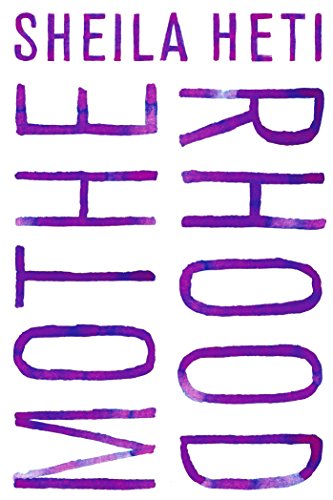 For roughly three years, between ages 37 and 40, the unnamed narrator of Motherhood—a Canadian writer living with her long-term boyfriend, Miles, a criminal defense lawyer—debates whether or not to have a baby.

And that is pretty much the entire plot of the novel.

In other words, this is not a book that pulls the reader along with a compelling narrative or even much in the way of character interaction.

Instead, the payoff comes from author Sheila Heti’s unflinching honesty and intellectual wit.

And later, with one of Heti’s wonderful, unique shots of imagery, the narrator muses: “Yet there is a feeling I have of life standing by, twiddling its thumbs, waiting for me to have a child.”

The narrator considers her dilemma from a score of viewpoints, including environmental, practical, physical, emotional, political, historical obligation to her ancestors murdered in the Holocaust, and—most important, by far—the potential impact on her career and on her relationship with Miles.

She tracks her ovulation, talks to a psychic, and repeatedly consults the I Ching (the most annoying part of the book):

“So the essence of happiness and joy is the feeling that one belongs to the world?

“And is of, and part of the world—actually undivided from it?

“Is at home in the world?

“At both the microcosmic and the macrocosmic level?

More interestingly, the narrator obsessively observes and interviews friends who become mothers, or want to, or fail to, for various reasons: The one who got pregnant by accident, broke up with that boyfriend, and happily raised the baby with another man. The one whose “husband had proposed it as a kind of game.” The one who had sold her eggs years ago when she was desperately in need of money and now, at age 38, is thrilled to have the excess eggs back “that she can use at any time.”

Heti also throws in ten or so photos of subjects like a butterfly’s cocoon, paintings by Gauguin and by Berthe Moriscot, and a set of kitchen knives. (That last one is more benign than it sounds.)

The unusual nature of this book is hardly surprising from Heti, who has written in a range of genres: nonfiction, drama, short story, long fiction, and her most famous book, How Should a Person Be?, a combination memoir-novel that was a New York Times Notable Book in 2013.

Although the narrator seems to tilt against motherhood, there are certainly times that she is tempted “pro,” and a reader would be hard-pressed to predict how the story will end. Suffice it to say that throughout the novel, Heti reminds us that there are many forms of motherhood, and not all involve newborn babies.