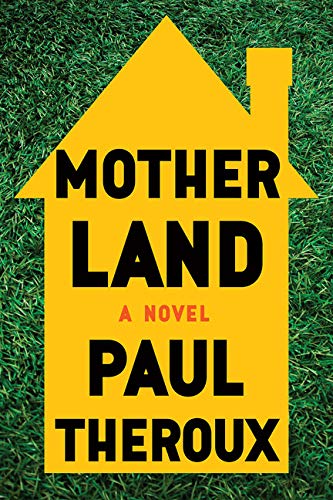 All seven of the adult Justus siblings are together in their childhood home on Cape Cod facing the impending demise of their father. This is a family hopefully like no other, as their idea of camaraderie is to belittle and demean each other, with the hope of looking good in their mother's eyes.

The mother constitutes the main problem. The matriarch and well known, long time resident of their small Massachusetts community, she does not know how to show love to her children and is happiest when antagonism runs high. A tightwad and narcissist, this old woman pits her grown offspring against one another, all for the sake of her enjoyment. She demands continuous attention, takes no responsibility for her untoward actions, and refuses to cite any accomplishments other than those of her doing. When things go wrong, it is always someone else's fault, and how dare one of them declare she could have anything to do with a negative situation.

The older she becomes, the more she turns into an infinitely sneaky, curmudgeonly, and crafty shrew. The only child she condones is Angela, who died after birth and with whose spirit she constantly communes.

Fred, a lawyer, is the oldest sibling whom mother only tolerates. Next is Floyd, a poet and Harvard professor; sisters Franny and Rose, who devote their attention and lives to their mother; Hubby, the obese nurse; and Gilbert, Mother's favorite because she considers him her "diplomat." Finally Jay, the third son, is the author and narrator of this novel.

Jay relates his history of growing up in this insidious family, sharing all the barbs, disappointments, and hurts he suffered throughout the years. Even as he matures into old age, he is still seeking acceptance from his mother and siblings and isolates himself such that he does not have friends.

The mother puts on a regal face to outsiders, though the following is noted by Jay:

"What the world knew of us was untrue. We shut the door of our big, respectable-looking house and withdrew to the dilapidated interior of wobbly tables and uncomfortable chairs and dim lights, backing into it like rats protecting their nest, baring our yellow teeth, not just keeping the world out but actively engaged in the hopeless self-deception of keeping up appearances."

Constant disparaging phone calls between the siblings go something like this:

"Just talked to Franny. She says you upset Ma. Why do you keep doing this?"
"What are you saying?"
"That this isn't the first time," Fred said. "Ma's an old woman. Can't you talk to her without shouting and blaming?"
He was angry with me on Mother's behalf; so was Franny, so was Rose, so was Gilbert. Hubby was in New Hampshire. Mother had told them all. Fred, as the eldest, was taking the initiative to reprimand me.
"Don't you see that she does the best she can? She deserves better than to be vilified by her children. We should be honoring her. She gave birth to us."
Mother's own motto. But I was amazed. The woman who had betrayed my secret was now spreading the story that I had abused her. She egged them on to oppose me, to defend her. And what had I done? I had objected to her using me as gossip.

Amazon classifies this book as humor, but there appears to be nothing humorous in this tale. Why would adults, especially those bound by blood, relish hurting each other, and why would they continue to seek their mother's approval if it was never forthcoming? Though the prose is very articulate, the premise of this story is depressing enough to make one wonder why the characters tolerate the treatment they receive and also give, and wonder why they aren’t estranged from each other. Being related does not mean one should put up with endless degradation. The one redeeming quality of this story would be to remind the reader that life is short, and we should be kind to one another.