Like a Mother: A Feminist Journey Through the Science and Culture of Pregnancy 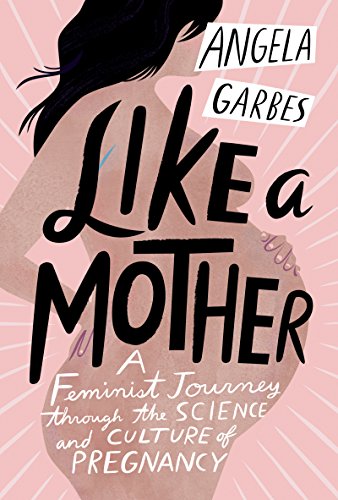 Pregnancy can be both an exhilarating and terrifying time in a person’s life, especially with the glut of conflicting information on the market. Like a Mother takes a socially conscious and scientific (yet not sterile) approach to pregnancy and early infancy that is both refreshing and much needed.

Never condescending and seldom preachy, Garbes digs into the nitty gritty of pregnant bodies. From the specifics of the placenta to the ever-changing chemistry of breast milk, parents searching for the hows and whys of pregnancy will be well met with this book. Important and taboo subjects are not skimmed over, and an entire chapter is dedicated to Garbes’ personal journey of miscarriage, while another section discusses the mechanics of the clitoris and the importance of being familiar with one’s own body.

Of particular note is the inclusive nature of the narrative. While many pregnancy and birth books simply assume a white, cis, hetero perspective, Garbes is careful to include statistics for people of color, and makes distinctive call outs for trans and nonbinary people and the unique difficulties faced by these populations. She also takes care to note the challenges of being a sexual abuse survivor and becoming pregnant, and while Like a Mother does not deal with these issues directly, it does point the reader to appropriate resources.

The second half of the book, dealing with birth itself and the immediate weeks that follow, will resonate the most with postpartum parents. A sizable portion of text discusses the realization that one is not the person they were before pregnancy/birth, which is very poignantly delivered.

“What he didn’t know, and what I had unconsciously come to realize, was that I was already a different person. I hadn’t delivered the baby yet, wasn’t officially a mother yet, but labor had already changed me.”

The one blind spot in the narrative was the nearly myopic view of breastfeeding. Garbes’ previous work places her as a strong breastmilk advocate (indeed, most people are), but the book spends precious little time discussing the science of why people may not be able to breastfeed, and the substantial body of peer-reviewed, scientific literature on the limited powers of breastmilk beyond the first several months of life. Instead, an entire chapter is dedicated to the wonder (and it is a wonder) of breastmilk and its many attributes, while leaving no space to comfort those who cannot (for whatever reason), breastfeed. It is unfortunate that in an otherwise very scientifically minded and inquisitive book, that breastmilk and breastfeeding are not better discussed.

Like a Mother will certainly be a welcome addition to any expectant parent’s bookshelf, and may ease the questions and confusion brought about by many of the other popular books about pregnancy on the market today. Its addressing of minority populations is a much needed break in the majority white, cis female narrative of pregnancy. Postpartum parents may wish to supplement the breastfeeding section with some additional literature to provide a more well-rounded look at the proven versus hypothesized long-term benefits of breastmilk.