The Moral Landscape: How Science Can Determine Human Values 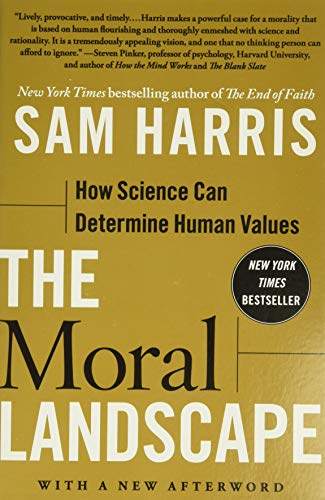 Science depends on the ability of experiments and observations made out in the world to be repeatable by other observers. Science is founded on experiment, observation, and duplicability by others. If you were to mistake the ideas in your head for objective objects in the world, those ideas would be delusional at worst and opinion at best. In the middle ground, if your opinion were logically organized and coherent, with the idea of an experiment attached, perhaps that opinion would constitute theory; but in no case would be an opinion without observation and evidence be science.

Now, if you thought so highly of yourself that you treated your opinions as if they were fact, you might take the next self-confirming step and expect that everyone believe as you believe. If you were a scientist who self-confirmed and did not understand the basic underlying concepts of science, you might believe your opinions to be science simply because you thought them; perhaps you would even take that one step further and expect everyone else to believe them, too. And so we arrive at an understanding of Sam Harris’ The Moral Landscape.

There is, for scientists who call themselves ethical, a firewall that separates facts from values. Values are what we call our feelings about ideas in our heads. Values are opinion. Those ideas as values may be observations about facts, but aren’t necessarily facts themselves. Harris claim is that the separation between facts and values is wrong. To Harris, a fact and how we feel about that fact are inseparable and necessarily so, and this inseparability is also scientific. From these opinions, it is one small step again to claim that morality itself is an undeveloped branch of science. While this claim goes against the claims of many philosophers and scientists, including Hume, G. E. Moore, Popper, and Fodor, Harris has no problem with the many scientists and philosophers who disagree—for they are all wrong and he is right.

Harris’ premise is that human well being depends only on events in the world, and states of the human brain and that consciousness are the one and only intelligible domain of values.

Harris doesn’t exactly define what consciousness is, but does define “good” as good physical health. Not mental health, not society’s health, but simply an individual’s good physical health. This claim might have some value in poking at the Achilles’ heel of cultural moral relativism, but what about the morality of Jeffrey Dahmer when taken from Dahmer’s point of view? What about the possibility that Dahmer might have believed himself a good person; and so by this belief considered himself a model of a good person? To this, Harris claims that certain opinions simply do not count. And anyway, though Harris may not be able to resolve specific moral dilemmas, that the scientific explanation of right and wrong must exist, remains for Harris valid in theory.

Harris’ thoughts as to how to bind specific examples of morality to specific scientific facts in practice remain unclear, even though explained repeatedly. When considered in total, his explanations give off an impression of naiveté, an attempt to re-create the meaning of politics without using the word politics, keeping all meaning of values under the name of science.

As to readability, Harris explains and re-explains his peculiar notions of this science of morality in a rambling discourse of more than 300 pages containing circular definitions, random scenarios, random events, random examples, random moral puzzles and paradoxes, and an attack on religion including a lengthy ad-hominem attack on one named scientist who dares to believe in God.

Taken as a whole, The Moral Landscape: How Science Can Determine Moral Values appears to comprise the impulsive outpourings of the author’s thoughts of the moment, occurring in his head, captured at the very instant of being thought and written down. A reader doesn’t need to go much further than the introduction, though this reviewer took the punishment on himself to work his way through to the very end, alternately skimming then slowing down, just in case there could be a useful thought somewhere, somehow, even if by accident.