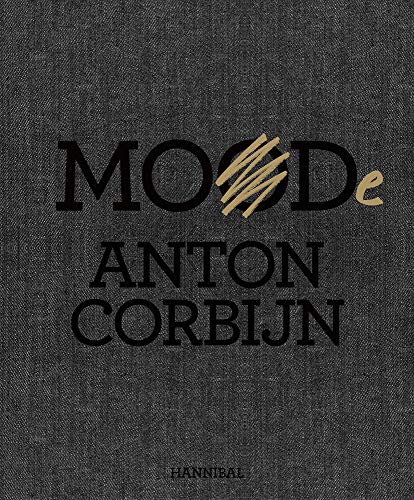 “Fashion is not always spelled out in capital letters.”

What is incredibly fascinating about MOOD/MODE is that its author, or in this case the photographer responsible for this incredible visual chronicle is a name that may very well be unknown to the most readers and certainly not on the tip of anyone’s tongue. Yet Anton Corbijn has photographed every kind of royalty you can imagine from actual royalty to film, fashion, sports stars, but most of all to music royalty. He is of the school that the clothes define the wearer and thusly tells a story.

It is interesting to note that most of the photographers that he mentions are studio photographers, while the thrust of Corbijn’s oeuvre is anything but studio produced; it is mostly on location, which may or may not directly be related to the subject or the clothes.

This reader found that MOOD/MODE almost an anomaly within the genre since books of this quality and breadth are usually reserved for those whose output is very well known. It is at this point that it should be noted that the book also serves as a catalog for a one-man show of his work that took place in Belgium from April through July of 2020.

The influences of the photographers are unmistakable, and even if their names were never mentioned, one might still be able to connect the dots. Corbijn is not a one-trick pony as his work is, well, yes, mood and mode, but mode as in fashion and yet even the editorial work is not typical of his fellow colleagues, past or present. As a rule, a photographer or a designer, for that matter, has a look, a distinction that makes their work instantly recognizable, but such is not the case with this artist. He is a most difficult man to place or pinpoint within just a single classification.

Unquestionably, this is a visual monograph that needs to be read and seen by those who consider themselves well-versed fashionphiles as well as those who are more than just passingly familiar with the world of photography. The text is minimal but incisive and insightful for any reader. MOOD/MODE might just be a one-off within the genre given the extraordinary philosophy and oeuvre of this fabulous photographer.