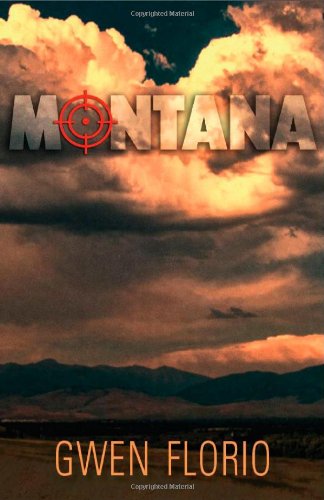 Gwen Florio knows how to tell a story. Not only can she construct a gripping murder mystery, but she also can relate it in original and striking—if sometimes overdone—language. And not only has she told nonfiction stories in her reporting from Afghanistan, Iraq, and Columbine High School, but now she has turned these talents to fiction.

The story in Ms. Florio’s debut novel, Montana, centers on Lola Wicks, a caffeine-driven war correspondent frustrated that her Baltimore-based newspaper is shutting its foreign bureaus. While trying to figure out a way back to Kabul, Lola decides to visit her old buddy Mary Alice Carr, an equally tough investigative reporter now living in Nowheresville, Montana.

That is, Mary Alice was living there until a few hours before Lola arrived and found her murdered.

Was it just a robbery gone wrong? Was Mary Alice deliberately killed to stop her from digging into a secret that someone didn’t want her to publish? Because the chubby, inexperienced local sheriff won’t let her leave town until he finishes his investigation, Lola decides she’d better help solve this mystery.

But the mystery sprawls into more questions and deaths. Lola’s reporting skills take her only so far. They certainly don’t help her feed and groom Mary Alice’s restless horse.

And as a stranger in town—indeed, a stranger to American culture after all her years overseas—Lola can’t rely on her gut instinct about whether to trust the grizzled but somehow sexy rancher-next-door; the slick politician running for governor who has suddenly rediscovered his Native American roots; the brain-damaged Iraqi war veteran; or even the sheriff, who may or may not be smarter than he seems.

Clearly, Ms. Florio knows her settings, from the Rockies to the Khyber Pass. Montana is speckled with practical, insider tips on how to report and survive in a war zone. For instance, it’s not enough to simply squirrel away wads of cash inside your underwear and boots for paying bribes.

You apparently need to plan this in advance, so that “over the next few days, the rasp of cash against skin would lessen as warmth and sweat oiled the bills, and they molded themselves to the contours of her body.”

The author’s varied experiences also provoke some fascinating cultural comparisons. When Lola is introduced to an international meth-smuggling ring in Montana, she muses that “No matter what the country . . . there was always something that sold for more money on the other side, and somebody was always scrambling to cash in on that fact.” In Afghanistan, it just happens to be opium and guns instead of booze and meth.

The exotic setting and plot twists alone would keep a reader absorbed, but Ms. Florio makes them even better with her vivid, sometimes startling, turns of phrase. Beginning in the Prologue, “the northern Rockies break their headlong surge toward the sky.” In the view out Lola’s airplane window, “the rumpled grey sheet of ocean billowed and flattened.”

Yet the author sometimes gets carried away with her desire to be stunning. “Stars confettied the sky in a great glittering display, flawless diamonds on a jeweler’s black velvet swatch.” Inventing the verb “to confetti” doesn’t work, while the cliché about stars in the night sky being jewels on black velvet is way too overworked.

The book’s other main flaw is that some of the basic premises are just not believable—and that doesn’t mean the murders. Since Johnny Running Wolf, the citified Native American politician, won his party’s gubernatorial primary, surely he would have more than one “college-age intern” working on his campaign. Nor would he get an entire afternoon free to sit around his late grandmother’s house.

(Even if he were the Democratic nominee in supposedly red Montana, the campaign wouldn’t be so hopeless: That state’s governor and both U.S. Senators are actually Democrats.)

And while Lola may know her way around a Taliban camp, she doesn’t seem like a very good reporter back in the US. When she gets a one-on-one with the tribal leader who was supposedly good friends with Mary Alice, she fails to ask obvious questions like: “Did Mary Alice ever tell you she thought someone was after her?” Her lack of reporter’s instincts only gets worse as the book goes on.

Still, Montana is well worth the read. According to the publisher, Ms. Florio is now working on a sequel, to be called Dakota. If she’s planning to proceed state by state (but presumably combining the paired North, South, and West ones), readers can look forward to 46 more.