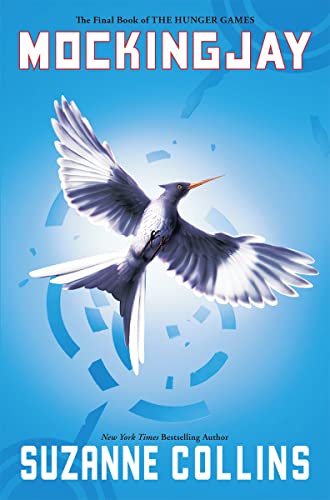 The much-anticipated conclusion to the young adult series, the Hunger Games, has finally arrived.

Seventeen-year-old Katniss Everdeen is a girl who has suffered an incredible loss on her path to celebrity of the most distorted kind. Forced to fight in the Capitol’s vicious games, where randomly chosen teens are sent “to kill or be killed” for the entertainment of the elite citizens' viewing pleasure, Katniss has defied many odds in battle and done things that will haunt her for the rest of her life.

Katniss’s continued survival and the love between her and a fellow tribute named Peeta have captured the attention of the country. She has become the legendary “girl on fire.” She is now a symbol for rebellion—and a beacon of light for those being oppressed by the Capitol and its regime.

Finally free from the Capitol’s control, Katniss finds herself again fighting for her life under the rebellion, as their “Mockingjay.” Soon, Katniss is forced to watch as the boy she loves becomes the unwilling pawn of the Capitol. By the time Katniss and her family have found safety in District 13, Peeta, still in the hands of President Snow, is now the means by which Katniss is manipulated. How can she fight with the rebels when Peeta will suffer for her every action? How can she risk the life of the very person who has saved hers?

With her childhood friend Gale by her side, she must decide what she is willing to risk in order defeat the Capitol and end the President’s vicious reign. Will Katniss and Peeta ever truly be together or will Katniss accept love closer to home in her oldest friend Gale? The untangling of this love triangle finally occurs in Mockingjay.

In the first two books of the Hunger Games series, readers have joined Katniss as she has fought her way through sadistic games, conquered numerous enemies, and lost countless friends. Now they will be by her side as she fights for freedom not just for herself but also for the citizens of all the Districts.

Readers will find Mockingjay just as impossible to put down as Hunger Games and Catching Fire. Without the battleground of the games and that non-stop action, Collins has managed to still keep teen and adult readers enthralled and guessing until the very end.

This is a magnificent journey undertaken by unforgettable characters that will remain with the reader long after the last page has been turned. The last in this modern dystopian trilogy, Mockingjay is every bit as satisfying as the two prior titles in the series.