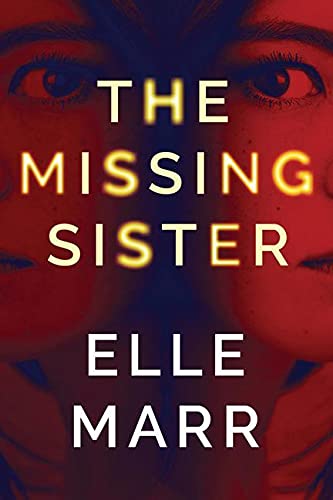 “The claustrophobic catacombs, Shayna’s inability to speak French, the loss of her phone, and her sister’s warning to trust no one create a claustrophobic and paranoid novel.”

Elle Marr’s first novel has an intriguing premise, and her voice captures the character well. Her supporting cast helps create the paranoia the situation demands, and she gives the reader the information to solve the mystery, but not obviously.

Chinese American Shayna Darby is only a week from entering medical school when she receives word that her identical twin Angela has been murdered in Paris. Angela has been studying at the Sorbonne, and seems to have been a victim of an on-campus shooting incident, but many details contradict each other.

The sisters are still reeling from the deaths of their parents in an automobile accident and don’t communicate anymore. Shayna is trying to settle the details of the estate when she flies to Paris to identify her sister’s body. But when she reaches Angela’s apartment, she finds a coded message: Alive. Trust no one.

With that in mind, Shayna identifies the corpse even though she knows it’s not her sister. Valentin, the French police officer, is reluctant to answer her many questions. He does tell her that the police are pursuing a serial killer whose method of killing matches the victim Shayna identified, and that many of his victims appear to be twins. Valentin says Angela is implicated in the disappearance of another woman, too.

Shayna tries to retrace Angela’s final days. Sebastien Bronn, who says he was Angela’s boyfriend, tries to help, but Angela never mentioned him, and Shayna follows her sister’s advice. She doesn’t trust him.

She doesn’t trust Jean-Luc, Angela’s upstairs neighbor who works at the embassy, either. Angela has been exploring the Paris Catacombs for her graduate work, but nobody knows why. Shayna is claustrophobic, so investigating underground terrifies her, but she knows she needs to do it. She learns that the catacombs were used by the Nazis, and are still used for human trafficking. Then her cellphone is stolen, and she loses much of the data she has been gathering.

The big break in her investigation comes when she tours an old brothel that Angela apparently visited, and one of the participants mistakes her for her dead sister. She is forced to drink absinthe and goes through a terrifying ordeal that may be real or merely a hallucination brought on by the liquor. But her experience connects Angela’s coded messages with both the brothel and the catacombs.

Shayna is intelligent, but completely out of her element here, and while she gains a great deal of information, some of it by blind luck, she can’t put it together. This is both a strength and a weakness of the book. The plot is complex and eventually satisfying, but Shayna’s role becomes more passive than active, and she cedes control of the action for the last third of the book.

The claustrophobic catacombs, Shayna’s inability to speak French, the loss of her phone, and her sister’s warning to trust no one create a claustrophobic and paranoid novel. It may remind readers of the 1960s film Charade, with Cary Grant and Audrey Hepburn, where nobody can trust anyone.

It’s hard to discuss the ending without revealing several spoilers, but the eventual villain reveals himself and explains everything in one of those “Since I’m going to kill you anyway, let me show you how brilliant I am and how I did all this” scenes that never quite works. Shayna puts herself and a companion in danger and is basically saved by the cavalry, too. It’s logical, but somewhat of a letdown.

The characters are well-drawn and complex, and Marr’s prose offers some surprising twists that make the book a good read. She shows enough talent and ability to overcome her freshman weaknesses with more experience.