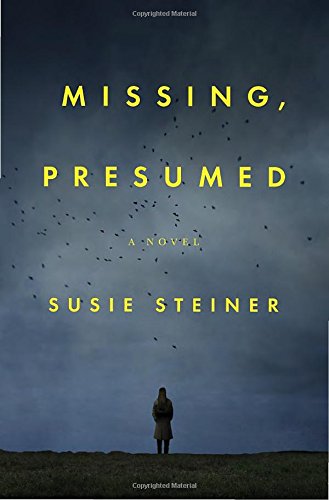 It would be shocking if Detective Constable Manon Bradshaw of the Cambridgeshire Police is not headed for a very long run.

The same goes for Susie Steiner.

I went right back to the opening chapters to see how Steiner slipped this funny, odd, curious detective onto the page and then tangled her up in the impossible case of the missing college student, Edith Hind.

How? Yes, exactly how?

Well, that’s the magic of a good forward-motion plot synced up with a character you want to spend time with, in part to see what awkward, ungainly thing she might do next. It’s also the sparkles in the caulking of Steiner’s prose, the nifty granular details and observations that both encourage and reward a careful read. And, finally, it’s a solid theme—right there on page one and right there on page The End. A basic yearning, an essential and utterly human need for connection.

Missing, Presumed is a puzzle, to be sure. But it’s a Manon Bradshaw showcase. She is a compelling cop and a fascinating person. She’ll sleep with a guy just to shut him up. She believes in sniffing—yes, inhaling—her men to discern their good points and bad. “You find out more through smell and touch than any chat about newts or shopping trolleys.” She’s reverts to her “mammalian self” and puts out on first dates to determine as quickly as possible if she’s plucked a possible right fish from the gene pool.

She’s nearly forty. Amid the springy coils of her hair, one blond ringlet pokes out “like a rogue pasta twirl.” She has knee trouble. “Clipping her toenails leaves her vaguely out of puff.” Her name, she knows, means “bitter” in Hebrew. She doesn’t like “open plan” offices because it favors “crazed extroverts” and it means she’ll be “regularly stabbed” by envy, having to listen to the tales of travel and fatherhood from others. She spends a good chunk of the story fighting a case of conjunctivitis.

Manon recognizes her own mixed feelings about human contact and hears the ticking time bomb that is her biological clock. “Two years of sifting through the detritus of the Internet, the sexually incontinent to the intellectually subnormal. Prior to this, she’d spent five deluded years gambling on meeting someone ‘naturally,’ though there was nothing natural about turning up to every random gathering wearing too much slap and a desperate gurn, disappointed evenings in the pub, then clip-clopping home on uncomfortable heels.”

The writing is so good that the long, mushy middle doesn’t feel like a long, mushy middle. That is, the basic question of the plot has been set. We’ve met a few suspects. We know the members of Manon’s team and her superiors. We have met all the people who are giving her advice on this dating, mating question. And, in this tale with revolving perspectives, we have met the missing girl’s mother and the missing girl’s girlfriend.

And we also know that DC Manon Bradshaw’s determination to solve the case knows no equal. She loves police work, the vigilance of it to resolve even minor infractions, and the “rapid response to hurt and misdeed” that her job affords. She applies herself, in fact, quite vigorously to the case of the missing Edith Hind.

And so we head into a section of relative plot stasis, the dreaded mushy middle. And yet the tension slowly builds. How? First, because Manon’s character is so well established, and her dating woes so achingly delineated, that we feel good for her when she finds an intense connection. And, of course, we don’t see that the burst of passion will mean distraction—and that a toll will be extracted on the case, the thing she cares about the most.

The story provides ample opportunity for commentary on power, authority, money, immigration, sexuality, race, and the concept of family. More than anything, it’s about family in all its various forms—official and unofficial. It’s about ties, bonds, connections, and finding a home. The final flip of clue-finding is a nifty one that gives Manon a chance to put two seemingly unrelated ideas together. Steiner has deftly planted both disparate seeds.

And, finally, we reach the take-your-time coda, we lurch ahead a year, and the theme comes full circle.

Manon Bradshaw, true to her character, has assembled a solution to her personal issues that is perfectly curious, perfectly functional, and perfectly, uniquely Manon.

Missing, Presumed is a wonderful, memorable read—first sniff to last.