Minimalism and Fashion: Reduction in the Postmodern Era 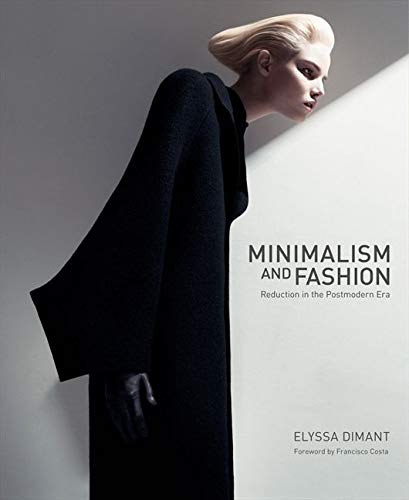 The relationship between fashion and minimalism has been discussed, examined, and dissected for decades and even as recently as the New York Collections for Spring 2011, but never has it been written about in such pompous, pretentious, and haughty language.

Ms. Dimant seems to relish the fact that she has made herself an authority on the relationship between fashion and minimalism and has an extreme command of the English language, but fails to allow the reader any possibility of comprehending or benefiting from her knowledge. As any student of fashion will tell you, there are immediate references that can be drawn from and analogies that can be made from fashion and minimalism, but none of it can be reliably compared to the splitting of the atom. The author seems to revel in the intellectualizing of her topic to the point of absurdity. As any veteran of the fashion business will admit: fashion is the business of selling clothes and not a plan for world peace.

“The minimal look expressed a futurist ethos, sixties’ style that was utterly in sync with the bright hued, machine made aesthetic lionized by ‘Primary Structures.’”

While there is attention paid to just a few of the major players of the time, it is gratifying to see that Rudi Gernreich has been given a place of honor and that Geoffrey Beene has been included within the “team” of designers who exemplified the minimalist trend—or as Ms, Dimant would refer to it: the minimalist movement.

What evades the reader is who was omitted and why so much play is given to the Japanese designers. The two basic facts of fashion are simple: everything is cyclical and yet there are some designers who stick to their guns and run against trend in order to maintain their vision. One of these trend-buckers is Mr. Beene, who never met a trend he followed. The rule of thumb is to not overthink the clothes, for if you need to explain the clothes then they have no value as garments that can be worn by people—after all, fashion may be an art, but it is not a fine art like painting and sculpture which beckon explanation and discussion. Fine art is not created for its saleability and attention to trend.

This treatise that Ms. Dimant has authored might have been far more enlightening had it been more understandable to those who have a more than fleeting interest in Fashion or Art. The book should be sold with a wrapper than states either an IQ requirement or perhaps an educational prerequisite for a doctoral degree.

The bottom line is that the subject matter bears discussion, but the reader needs to be engaged rather than repelled by how the topics are handled. While the volume is of amazing quality, the written words on these pages are so obtuse and their meaning so obfuscated that it renders them of little or no use to the fashion aficionados who would consider reading this book. Perhaps a fine art authority might disagree, but then again, how many fine art experts are also fashion mavens?

So affected it made my teeth ache.