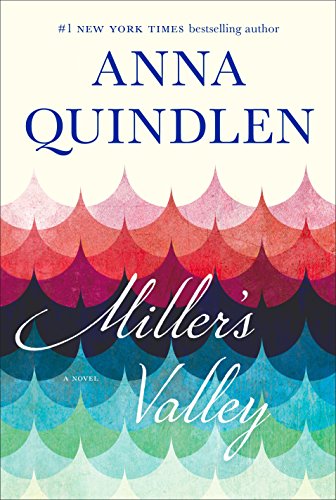 Starting in the 1960s and up to today, Mimi deftly weaves her tale, like the best and most intimate of diaries, skipping the dull moments and focusing on those that mean the most to the overall narrative. Miller’s Valley is a beautifully written bildungsroman of Mimi Miller, the narrator, who relates her life in Miller’s Valley, named after her long-standing farming family.

As Mimi sees the change coming to the valley with the arrival of government men with plans to flood the valley, changes arrive for her, too. Encouraged by her impish brother, she begins to form a plan for her life as she pushes through high school with high grades and is encouraged to take on the challenge of medical school by her high school science teacher and her mother, a nurse.

Mimi Miller’s family has been in the valley for generations and no one wants to give up their homes, at least not initially. Mimi’s father is proud of the generations that have farmed the land and raised cattle as he does now, and reclusive Aunt Ruth will be impossible to move. As Mimi researches her high school science project focusing on water tables, she begins to suspect the government has been slowly ensuring the dangerous floods that come with the rains each year by releasing just a little bit more water each time from the reservoir. A careful and clever reader may put together the secrets of the Aunt Ruth, but for the average reader she will be a popcorn kernel stuck beneath the gum line, irritating and demanding to be worked loose.

While Mimi navigates the truths she discovers behind the reservoir and the plans, Mimi’s beloved older brother returns from Vietnam psychologically damaged, an embarrassment to his father and a danger to the young son he sporadically sees, and is in and out of trouble with the police, spending time in jail and in bars, and eventually falling out of contact and out of sight.

Mimi’s life ebbs and flows like the waters that are constantly being pumped out of basements, threatening to overtake her, with familial losses and the surprising family secrets, until she finds her own way, which means leaving behind Miller’s Valley to attend medical school. But like the tide, she returns to shore, though not after the profound discoveries of love and lust, ambition and pride, as well as many hidden family truths.

Miller’s Valley is entirely character driven with a simple, well-polished narrative. Anna Quindlen writes a poignant and masterful tale of family and home. Quindlen has amazing talent. This novel is like no other.