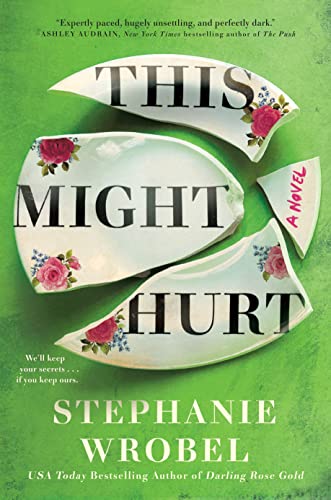 Since becoming adults, Natalie Collins and her sister Kit have been somewhat estranged. Raised by an overly pious pushover mother and a brute of a father, they could not wait to leave their childhood home.

As the oldest, Natalie got the nickname Jack by their father as he was disappointed she was not the son he wanted. Three years apart in age, Jack (aka Natalie) often took the brunt of their dad's cruelty. He insisted both girls call him "Sir" and kowtow to his every whim, no matter how bizarre.

While they were growing up, their father regulated everything they did by using a point system. Before they were allowed to go to bed at night, they needed to accrue a certain number of points on his terms. At age eight, Natalie was terrified of the water, and her father made it his goal that she learn to swim. On the lake in their aunt's boat, "Sir" forced her into the water. He taunted her with threats of swimming lessons but said she would be able to skip them if she stayed in the chilly lake for an hour. He also offered to give her six points. She already accrued nine points that day, so this would give her enough points if she complied. But how could she do this? Petrified of the freezing water, she hoped for help from her sister, but that didn't come.

Jack always tried hard to gain her father's acceptance and approval but never seemed to achieve it. When bullied by her peers, she found her release in magic and delighted in performing new tricks for Sir, but he scoffed at her foolishness.

Now grown, the sisters are alienated but manage to keep in touch, though sporadically. When Kit is concerned with her life plans, she informs Natalie, she's going to Wisewood Wellness & Therapy Center, a resort on a tiny island off the coast of Maine, where she hopes to get her act together, which concerns Natalie terribly. Kit, enthralled by the center's purpose to help others overcome fears and gain freedom, believes this is where she can find her true self. Their mission is:

Meanwhile, Natalie residing in Boston is working at a corporate job she hates. She must deal with condescending and chauvinistic CEOs, and she wishes she could be anywhere else. Instead, Natalie goes back to her love of magic and becomes quite celebrated, holding performances in which she's known as "Madam Fearless."

Now it's been six months since Kit left for Maine, and Natalie does not hear from her, nor does she answer her texts. Feeling responsible, Natalie decides to go to Maine and bring her home. The two are the only family they have, and she wants to repair their relationship.

"We ended the call snapping at each other. I haven't heard from her since. She doesn't even know I moved across the country to Boston, taking a page out of her playbook that mandates when the going gets tough, the tough flee the situation. Back when I started toying with the idea of moving, I had pictured more frequent sisterly get-togethers; I would only be a train ride away now. She left New York before I got the chance. On my more honest days, I can admit her absence is a relief. The less often I talk to her, the less guilty I feel."

Then Natalie receives an email stating: "Would you like to come to tell your sister what you did—or should we?" She panics, and the decision is made—she is going to Maine, and she needs to rescue her younger sister from what she thinks is a cult.

She phones Wisewood to talk to Kit, but guests aren't allowed phone calls, and she cannot speak to Kit. This information solidifies her resolve to go there.

For once, Kit believes she has control over her life as she learns how to ignore fear and pain while gaining greater empowerment. Her friendship with some guests retreats as she is drawn closer to Rebecca, referred to as "Teacher." Rebecca gets into Kit's head, looking to banish the hurt of her youth. She sees Kit is naïve and impressionable, just the right type for the center. Before long, Kit is embraced by the employees of the center and offered employment. Kit finally feels she belongs and is overjoyed until she learns Natalie is on the island looking for her.

Why is Natalie there? Will she try to drag Kit back to the "real world?" And what secret is Natalie is keeping from Kit? This complex and convoluted novel contains many different aspects—learning about the girl's abusive father, their hurtful upbringing, and how their lives have changed as adults.

It is painful how these two suffered when all they wanted was to be loved, and even as adults, they go to any means to be accepted. Though this is a suspenseful read, the shifting between characters and time frames makes this often confusing and difficult to understand.