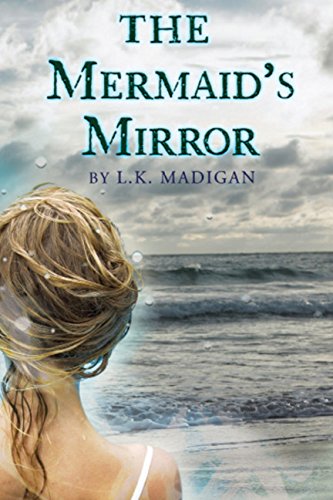 Fifteen-year old Lena loves the sea. More than anything, she wants to learn to surf, but her dad, who hasn’t gone into the water for many years, prohibits it. Lena doesn’t know exactly why, except for the fact that he had a mysterious accident and almost drowned when she was a little girl. As Lena’s sixteenth birthday approaches, she decides to learn to surf behind her father’s back, and takes lessons from a friend. Soon, everybody is astounded by Lena’s skill and grace in the water. Her dexterity on the board is almost bizarre. This makes her consider surfing on Magic Crescent Cove, home of the most wild, dangerous waves.

One day, Lena sees a head popping out of the water. At first, she thinks it’s a seal, but soon Lena realizes that what she has seen isn’t human. Around the same time, Lena begins to feel an urge to find something, to search for something, though she doesn’t know for what. Then, on her birthday, she decides to surf on Magic Crescent Cove. Needless to say, she almost drowns, but something—or something—brings her to the surface and puts a key in her hand

What does the key open? Do mermaids exist or is Lena losing her mind? Why won’t her father and stepmother tell her what is going on? Lena knows they’re hiding something from her.

The Mermaid’s Mirror is a marvelous novel that combines mystery, fantasy and a touch of romance. It is also an adventure and, in a way, a coming-of-age story about a young teenager who belongs to two worlds and must ultimately choose between both.

It is refreshing to read books where teenagers don’t sulk or curse and children and parents love each other and treat one another with respect. The dynamics between Lena and her family are a delight to behold, and the author did a wonderful job in creating an imaginative yet utterly believable underwater fantasy world. The description of the mer-people and their way of life will transport the reader out of reality.

The Mermaid’s Mirror is at times a bit slow in the beginning, but later quickly picks up pace and the second half of the book is quite suspenseful. Lena is a lovely protagonist, just like the girl next door, yet possessing a very special secret.

This young adult novel is highly recommended for young readers and adults alike.