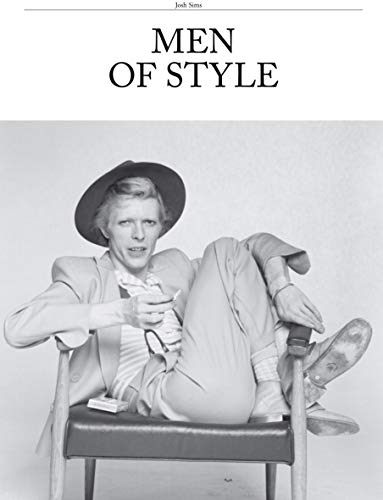 Most often a book is really judged by its cover, which is seconded only by its title. Josh Sims has tackled several titles that all deal with men and their sartorial leanings and proclivities. Men of Style offers the reader a decided departure from most books of this genre as well as from his previous works.

“Following fashion is easy —a fact that has excluded many possible candidates from this book. Dressing with personal style is something altogether harder—it requires an appreciation for form, color, texture, and composition; an artist’s perspective.”

Do not be deceived into thinking that some of the usual cast of characters is not present, but there is now a whole new set of players that is offered up to populate the world of men’s style. Sims draws a great deal from the entertainment and sports arenas as well as from varied areas of the arts and more to include such notables as Miles Davis, Pablo Picasso, Winston Churchill, Jack Kerouac, Oscar Wilde, Jean Rene Lacoste—just to name just a few.

Without question, Sims’ proposition is certainly is food for thought, especially with the addition of the less obvious choices. The short text that accompanies each personality offers up their specific “trademarks” or idiosyncrasies. Whether the necktie used as a belt a la Fred Astaire or Johnny Depp’s “quirky bohemian neo-grunge” turn outs, or Mastroianni’s Italian post-war cool presence, these guys have and had that quality of style that was uniquely theirs and will be more than likely mimicked for years to come. Style is just that indescribable quality that sets you apart from the flock.

The book is aimed at the more sartorially inclined reader or just one that is open to the concept and defining of style vs. fashion. Sims more than builds a convincing case utilizing icons of the 20th and 21st century that are rarely associated within the worlds of fashion and style. Was it a good read? You bet, and well worth the time.