The Mediterranean Wall: A Novel 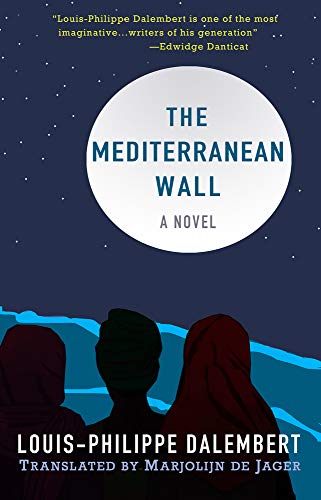 Louis-Philippe Dalembert’s story of immigrants attempting to escape their home countries for better lives shines harrowing light on the experience of multitudes of people fleeing war, famine, drought, colonial oppression and exploitation, and crushing poverty. It exposes the reality of unimaginable journeys that are long, violent, and deadly through the experiences of three women.

Shoshana is a Nigerian Jew, Semhar is an Eritrean soldier, and Dima is a privileged wife and mother from Syria. The three end up together on their journeys, deeply bonded by the experience of fear, loss, and abuse.

It’s a compelling way to tell the story of migration and asylum-seeking and puts a human face on a dehumanizing situation that most people give little thought to and will thankfully never experience. It is good that writers like Dalembert bear witness.

Still, the story that seems more like creative nonfiction than pure fiction, in which the author must imagine details and dialogue in the true story of a 2014 event, calls into question the hyperbole of critics who have called the book, “Tolsytoyan” and “deeply hopeful.”

Tolystoy’s characters suffer, but they are not subjected to unspeakable physical and mental abuse as well as beatings and brutal gang rape, nor do they face cruel confinement, starvation, and illness for days on end in a dilapidated fishing trawler roiling on stormy seas. Further, given the reality of endless tragedies spawned by hopelessness can the book be called “deeply hopeful” because three women completed their journeys.

Writer Russell Banks has called Dalembert’s book “the work of witness, infused with love and admiration for the millions of sufferers who endure the violent disruptions of our time with dignity and perseverance and a love for one another that is equal to his own.” The author is certainly worthy of those words. He has done an admirable job of sharing with the world one of the tragic realities of our time. It is a tragedy that calls into question public policy and human capacity for evil, as well as the capacity, and miracles of survival.

Perhaps an introduction to the story he is about to tell would have brought into focus the larger questions of migration, immigration, asylum, hopelessness, poverty, and exploitation of the poor by the rich, with a view to alleviating it. At best, one can hope that readers will do the hard work of rumination required by these issues, and will find ways to act, after having journeyed with three women who had the courage to confront their own reality, and the luck to survive it.