McQueen: The Illustrated History of the Fashion Icon 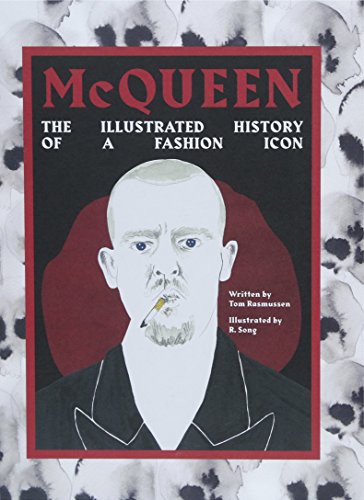 Having reviewed six books dealing with the life of the Alexander McQueen and his oeuvre, it can be said that Rasmussen brings nothing new to the table. In his defense it can be easily said that the author provided a well written life story of the abbreviated life of the designer. The writing is very easy to understand, somewhat informal, almost conversational, and for some readers it would certainly be a crash course in the life and times of Lee Alexander McQueen.

What is confounding is the “illustrated” part of the book. As with any art, it is quite personal, but this reviewer found the illustrations not to be on the same plateau as the enormous accomplishments of the late designer or his place in the pantheon of great designers of all times. Truth be told  the impetus for book is in question since the verbiage is clean and simple while the illustrations are a bit elementary or just plain too cartoonish for the material  that they accompany. In short the illustrations do nothing to enhance the book.

If there can be any redeeming factor about McQueen: The Illustrated History of the Fashion Icon, it would be that the author has provided a well-documented history of the designer and those in his orbit as well as in his trajectory. If there is a fashion reader or per chance a young fashion reader, then this would be a book to be recommended as a primer for the designer. Again, sadly the visuals do not hold up next to the written story.