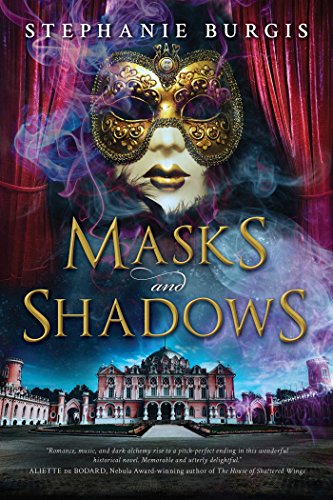 Readers who enjoy opera and operatic-like novels will want to read this latest work of historical fiction; however, they should prepare for some disappointment and confusion.

Set in 1779 at Eszterháza (Hungary’s version of Versailles) during the Hapsburg Empire, a cast of characters, of princes and nobility, maids and castrati, and a chorus of secondary characters fill the stage. The chapters shift scenes like an opera, and the point of view changes, so it will take readers awhile until they feel settled in the constant scenery and POV changes to keep up with the narrative.

The plot of the novel is difficult to pin down exactly because of the multiple threads going on and the lack of real concentration on any one character or piece. Carlo is a castrato singer who falls in love with Charlotte, sister of the prince’s mistress. Charlotte is in mourning over her husband’s death and while at the palace stumbles upon intrigue and romance, spies and alchemists, and trips over social rules of propriety within the palace walls. Some historical figures and facts filter in through the pages, such as Haydn’s presence at Eszterháza.

Thinking of this book as an operatic score makes Masks and Shadows enjoyable. Without the opera context, the book seems repetitive or even juvenile in places where the action is spelled out so carefully like precise stage directions.

But thinking about Masks and Shadows as an opera, a reader who has seen Don Giovanni or others by Mozart can imagine so clearly the costumes and scenery, the bold movements across the stage and the hamming actors through the fourth wall to the readers. Plus, thinking along these lines makes the dialogue more bearable.

As in any other language, opera tends to be more beautiful in a language opera-goers (particularly novices) don’t understand (though they get subtitles to) because to hear it in English (for American opera-goers) only underscores the repetitiveness of the lyrics and the statements of the obvious.

The characters are not well developed because little time is spent on their individual plot lines. Masks and Shadows, regardless of its operatic-like formatting and staging, reads much like the thought out bones of a draft still lacking the depth of the meat: Burgis has done too much telling and not enough showing.

For instance, “Friedrich tried to look suave” but what would this look like? Or Anna “was dressed as a grand lady”—but what would this mean in 1779? If this is an opera, then give the readers the glamour of the time! Giving readers better detail would really shape this historical fiction into a piece that could stand alone as a work of fiction besides resting on its gimmick of being an opera about an opera in fictional format. (Though it is a musical, Phantom of the Opera does this best.) Everything is done in broad sketches in order to move people to the final scene, and much is lost in the rush.

Masks and Shadows wanted to be a much longer book and would’ve benefited from a depth of detail. Burgis comes across as afraid to really give in to the story and instead shares an idea of what would be a great story in the hands of a stronger writer.