Mary Ventura and The Ninth Kingdom: A Story 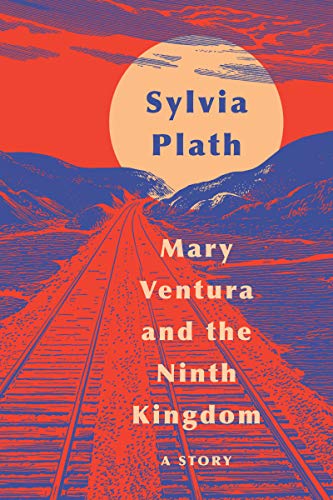 The publication of poet Sylvia Plath’s newly discovered short story, Mary Ventura and the Ninth Kingdom, follows the highly acclaimed second and final volume of her letters (The Letters of Sylvia Plath Vol. 2: 1956–1963), in which she wrote passionately about her fears and unhappiness to her psychiatrist.

Those fears, which the poet wrote searingly about in her groundbreaking poetry, were grounded in feelings of despair about her autocratic father, her unfaithful, adulterous and controlling husband, poet Ted Hughes, and her own attempts at female agency and autonomy. The demons she struggled with from adolescence until her untimely suicide at age 31 were heightened by her brilliant, troubled mind, and her preoccupation with death.

It is within that context that the never-before-seen short story she wrote while still a student at Smith College in 1952 can be understood. It is a short but darkly powerful tale about the struggle to control one’s fate, especially if one is female.

Mythic and allegorical, the story is unlike anything else Plath is known to have written. A young woman boards a train, reluctantly. She is an anxious ingenue but she quickly finds a friend in her seatmate, an older woman who seems to have taken the same train journey many times. Very shortly, she begins to notice something strange about the train, especially when her new acquaintance tells her that hers is the last stop, the “ninth kingdom”—a “kingdom of the frozen will” from which “there is no going back.”

Clearly, this is a story about death and a reflection on mortality as well as a story about whether one has control over their own life. It’s also, metaphorically, a journey to Hell.  Plath called it “a vague symbolic tale.” But that hardly does it justice.

Typical of Plath’s writing, it is peppered with dark places (tunnels), allusions to the underworld (everything from the upholstery to the lights in the train is red), and darkness (black-suited conductors and iron gates, her mother’s black hat). There are “chaotic, jostling crowds” and an engine that “shudders.”

As the train speeds along, things grow stranger, as Mary observes that “it’s getting late fast,” gazing out the window at a “barren, darkening landscape.” Her companion replies, “One hardly notices the time go by on this trip.” A woman is forced to exit the train when the conductor tells her she “must go now.”

Growing increasingly alarmed, Mary vows to get off the train and return home. When she’s told she can’t get off, she asserts herself. “I’ll pull the emergency cord!” she declares. What ensues offers a glimmer of hope. Perhaps we can salvage our lives!

Plath once declared, “I took a deep breath and listened to the old bray of my heart. I am. I am. I am.” Is she, like Mary, fighting for a future she can define for herself?

Her struggle, which she shares with readers in her brutally honest poetry— most published posthumously—is raw as she attempts to come to grips with “despair, violent emotion, and obsession with death,” as one critic put it. “Intensely autobiographical, Plath’s work explores her own mental anguish, and her own vision of herself.”

Former American Poet Laureate Robert Pinsky said of Plath’s work that it is “thrashing, hyperactive, perpetually accelerated, [catching] the feeling of a profligate, hurt imagination.” Critics of Plath’s writing have agreed with Pinsky’s view that she “suffered the airless egocentrism of one in love with an ideal self.”

But while she was self-absorbed and fatally sad, she also gave us a cynical voice capable of demonstrating the lines between hope and reality. She transformed that voice in a way that examined womanhood, innocence, identity—and even death—as no other writer of her time did. And it’s all there in a 64-page short story, newly gifted to her followers.