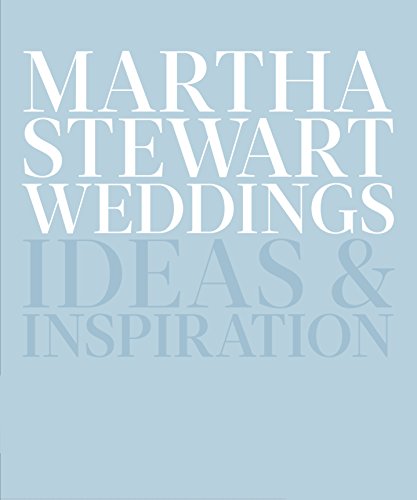 Everything you need to know to plan your white wedding is at hand in Martha Stewart Weddings. This is a beautiful reference book for the wedding planner or the bride-to-be. From understanding the types of hemlines on dresses and the terminology of veils to registries, floral arrangements, fonts on invitations, and the various types of printing, this will be a lovely go-to for many, unless you are a groom, male, or male-identified. There is a single page dedicated to “dressing the guys” with only explanations on formal, semiformal, and casual offered, unlike the detail paid attention to the dresses, and there is no mention of any other option for the bride-to-be but a dress. Also, if a bride has short hair, she won’t find any suggested styles for her in the book.

One of the book’s biggest flaws is the lack of ethnic and racial diversity on the pages beyond the token minority or the ethnically ambiguous. From the sketches to the models to the real-life examples, the people on display are predominately white, cis-gendered, and heterosexual. There is one photograph of a gay wedding, but it is from a distance and it takes scrutiny to realize the people at the front are two men. Though Martha Stewart Weddings won’t be a disappointment to her current fans, she won’t gain many new ones by missing entire populations.

It is also unfortunate that all the photographs continue to feed into the mainstream beauty ideal, which causes a great deal of harm physically and psychologically to women (and men) today. Martha Stewart’s editors could have found some beautiful larger people for models as well as differently-abled folks; some of these are the same people who love her work and books but who will find that they are definitely not considered in the wedding industry—at least not according to Martha Stewart.

The photography is well done but the printing misses the mark: the photos are printed and edited as if for a magazine leaving printing lines and over-sharpened images on display, marring the otherwise beautiful imagery. The opportunity to add vibrancy, color, and ethnicity is missed in the section on adding cultural elements to a wedding: the photograph in this section is of John Legend and his bride Chrissy Tiegan; though she is part Thai and the caption reads that there was a water ceremony performed, the editors passed on the chance to capture an Indian wedding that would have added culture, ethnicity, and more color than a printer could handle. And according to Fortune.com, as of 2014, Indian ceremonies and their industry in the United States is booming.

Martha Stewart has her niche and those who admire her work and love the photographers that provide imagery for her WASPish views will gobble this up, but folks who don’t fit her norms will be left out of in the cold, or best, given a token nod. This leaves a reader feeling just as cold. A single paragraph about same-sex weddings in an entire book is the best Martha Stewart can conjure when there are entire books dedicated to it? She at least could have provided a few pages.

Martha Stewart Weddings is both beautiful and disappointing.