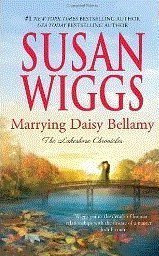 Encountering a tumultuous youth precipitated by the tension between her unhappy parents, Daisy Bellamy and her family spent the summer before her senior year of high school at the family compound at Camp Kioga on Willow Lake in Avalon, New York.

Daisy, with a huge chip on her shoulder, determines to have a lousy time until she meets Julian Gastineaux, who is spending the summer under the watchful eye of his older brother, Connor to keep him out of a juvenile facility.

Blonde-haired Daisy, from a well-to-do New York City family, is the complete opposite of dark-skinned and fearless Julian from Chino, California, but the two bond, becoming soulmates.

Though Daisy and Julian go their separate ways after the summer, they stay in touch and vow to be together forever, but that does not happen. A few months later Daisy attends a party and gets drunk with fellow student, Logan O’Donnell. Throwing caution to the wind, Daisy becomes pregnant.

Daisy then moves to Avalon to finish high school and to be close to her parents who have divorced and remarried. There, she gives birth to Charlie and makes him the center of her life.

The plot, though believable, tends to be somewhat convoluted and confusing with reqard to the backstory. As well, throughout the text, It is difficult to determine a time frame, especially concerning Charlie and his age, for he appears much older than one would presume him to be as Julian segues from high school to attending Cornell as a member of ROTC, determined to make something of his life.

Daisy, as a single mom, soon builds a name for herself as a wedding photographer, though there is no mention of how she has learned her trade. Some backstory refers to Daisy and Charlie going abroad a while, but gives no rhyme or reason for doing so.

As life settles into an easy through uneventful pattern for Daisy, she longs for more. When she receives an invitation to Julian’s college graduation, she knows she has to go to determine if she still loves him.

Daisy wonders if she will ever find the kind of love she once had with Julian. Then the unexpected happens. Though complex, this story does hold merit with tension and emotional aspects that will keep the reader mesmerized until the surprising conclusion.