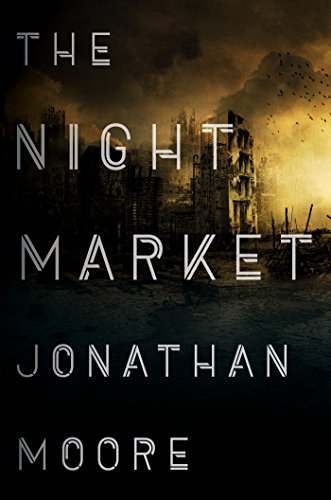 “A dark and chilling thriller about a danger that could one day become real.”

In a San Francisco of the not too-distant future, Inspector Ross Carver and his partner Jenner are called to one of the last mansions on Knob Hill. He barely has a chance to investigate the bizarre death of its occupant before FBI agents arrive and take over.

“‘What’s in that house?’ Carver whispered.  ‘What does that to a person?’

“What kind of disease does that? Since when does the FBI contain outbreaks?’”

Lots of questions. No answers. Carter and Jenner are already exhibiting symptoms. They’re given something to drink and injections, and . . .

The next thing Carter knows, it’s two days later and he’s waking up in his apartment with his next-door neighbor tending him. Her name is Mia. That about all he knows. He’ll soon learn she’s almost an agoraphobe. She rarely sleeps. She doesn’t owe a cell phone, TV, or radio, and she has the doorman order and bring up her meals.

Mia can’t tell Carver anything about what happened. She says she only knows that the people who brought him home said he was ill. He learns he called his commanding officer and told her the same thing. There are emails between him and others about his illness. He remembers none of that.

“The life before Sunday lay behind him in a shimmering blur. The life he could remember was a shadow of what it might have been.”

Over everything, his clothes, himself, even his car, hovers the smell of melting iron.

When Carver gets in touch with his partner and the officers who secured the crime scene, it’s the same story. They’ve been out sick. They remember nothing else. Jenner reports he spent Thursday interrogating Patrick Wong, suspected in the murder of Hadley Hardcastle, a current case they’re investigating.

The problem is, Patrick’s body is found and he’s been dead for months,

“‘Someone wants me to forget. Wants me to think I was out with the flu. That I was delirious, writing emails in a fever. And it worked. I forgot whatever it is I’m not supposed to know, but they made mistakes, left a trail.’”

With Jenner and Mia, Carver backtracks, forcing himself to relive that lost night, using the bits and pieces he remembers to put the puzzle back together. Carver is convinced “there had been a crime and a cover-up. It wasn’t so different from what he saw any other day, except this time, it had happened to him.”

As they investigate, revisiting old haunts, going over familiar places and people, Mia reveals she’s aware of what happened. She’s hiding out from the same people who stole Carver’s memories, who killed Hadley Hardcastle, and they’re part of an insidious plan, the lure of Brand Cults.

Mia was a neurologist with a patient who had a compulsion to buy into every new item and fad that came along, no matter the cost. When he died, she discovered a device implanted in his brain. An MRI shows Carver has one, also.

“S-shaped tendrils. They glowed with a white light, like the filaments of an old-fashioned light bulb, spreading outward through the brain to the pleasure centers.”

Someone stole the formula and something went wrong. He died for it, Carver and his group went to investigate, and were made to forget.

Armed with this knowledge, Carver and his partner plunge directly into a conspiracy more nightmare than anything they’ve ever faced. The more he learns, however, the more one fact is brought home with a vengeance: Carver is facing a group involving people from all levels. They’ll stop at nothing to keep their secret and whether he likes it or not, he may not be part of the solution, but actually a piece of the problem.

One of our greatest fears is that of losing control, of having someone or something other than ourself direct our thoughts and movements, making us helpless to its whims or desires. More than a standard police procedural, The Night Market is a thriller of the darkest kind, for it involves the violation of free will.

Setting this story in the not far-off future where subliminal advertising and other more subtle methods of stimulating a person’s mind below the threshold of consciousness could be invented and employed, makes this novel into one with much more sinister connotations than Brave New World, Things to Come, or 1984 while its dystopian elements rival that of Blade Runner.

Carver is dogged and determined to learn the truth. Where another might accept the explanations he’s given, simply because so many verify them, he retains enough bits of memory to decide those flashes actually happened. The dread building as he comes closer and closer to the realization that he and Mia, as well as his partner, are somehow involved in the conspiracy, not as mere outside players but internally, raises the tension to the highest level.

The Night Market is a dark and chilling thriller about a danger that could one day become real.