Marianne Faithfull: A Life on Record 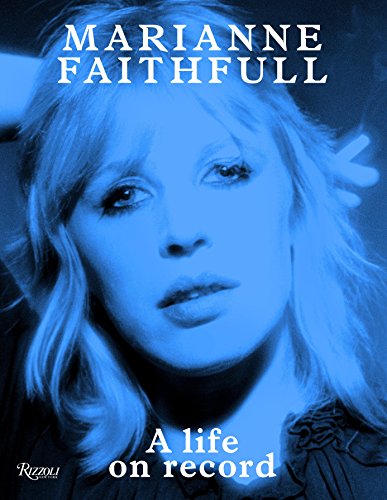 “What also sets apart Marianne Faithfull: A Life on Record is that it is written by the subject and not by some third party who never knew her.”

What is so fascinating about Marianne Faithfull: A Life on Record is that it is not at all what one expects. The expectation was for this tale to be about the 60s pop idol and emblem of the go-go 60s fashion youth quake, how she fell into a life of drugs and despair, and how she clawed her way back to success; that assumption was quickly proven incorrect—to great surprise and enjoyment.

Faithfull is known to boomers as one of the “it” English vocalists of the era. She had a hit song, she was the girlfriend of Mick before there was a Jerry or a Bianca, and she rubbed elbows with all those boy groups that are inextricably linked to that era of music and fashion. She was an international star of the first order. She also had a rather healthy film career on the world stage.

This is the type of book one would imagine to be published after the demise of an icon of her stature and legend; however, that is not the case, and the tenor of the book and its subject is decidedly different than most of this genre.

What also sets apart Marianne Faithfull: A Life on Record is that it is written by the subject and not by some third party who never knew her. The book comes off as a badge of honor for her that indeed she had one helluva life despite the pitfalls and the highs and lows of her personal and professional lives.

What might have been a sappy “woe is me” kind of telling turns out to be a triumph. Faithfull has had a career that spanned half of a century—astounding when most celebrities have wildly limited life expectancies. Faithfull allows us to enter her life through an amazing assortment of personal photos as well as those that appeared in the media. Again, to bring this into a more intimate recounting of her life, the photos are accompanied by captions written in her own, idiosyncratic hand.

We can also see Faithfull as sort of a fashion barometer of her times from Biba to Chanel and everything in between. If you are so inclined, you might interpret this volume as a story of recovery, redemption, and talent that propelled a human to defy the odds. Marianne Faithfull: A Life on Record is something that educates, informs, and entertains all at once.