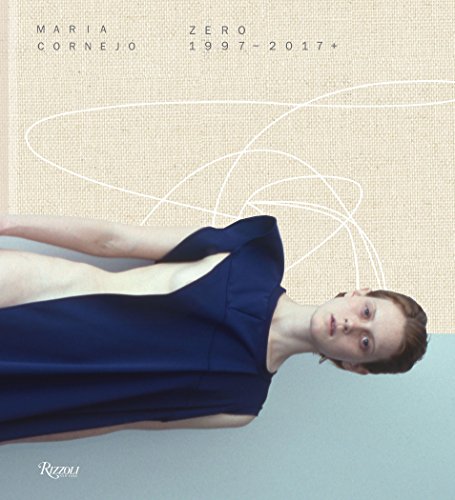 Some will say who? Some will say why? Some will say who cares, but there are others such as the cognoscenti of fashion or devoted fashionphile who will eat this up like a sugar coated petit four. Without any doubt, it is safe to say that Maria Cornejo: Zero is an acquired taste, and some might go so far as to say she has an almost cultish following or client base that fluently speak and comprehend the “language” of the designer.

Despite reservations about two of the contributors, this reviewer found the text quite informative as well as necessary to fully grasp what this designer and her brand are all about when it comes to fashion. Even a jaded reader will learn something about the designer and what she stands for. Surprisingly, some of the most enlightening text comes via an interview with Tim Blanks who forgoes his usual editorializing and allows the designer to tell her story without any obfuscation.

What is somewhat disturbing here is that nary a soul speaks to the context, which in this case would be who might have inspired or influenced this designer. The trained and discerning eye might see similarities/influences to Pierre Cardin, Kamali, Zoran, Courrèges, as well as Madame Grès, whom Cornejo directly cites. The recurring conundrum in so many fashion books is why it is such a crime to point out these obvious references since anyone with enough fashion savvy knows that there is very little that hasn’t been done before.

Maria Cornejo: Zero is the story of an evolutionary and conceptual brand that possesses a very arty/artsy appeal. The book is most definitely attractive to anyone who is thirsty for more knowledge and information about brands that have somehow survived despite all odds. It is one of many brands that has been under the radar of the fashion media unless worn by some luminary such as Michelle Obama or Tilda Swinton.

If you want to really want to know what the book is about then you must be interested in knowing this designer’s fundamentals: “Let the fabric dictate the drape, let the fabric dictate the shape, no shoulder seam, no side seams, no darts, no collars, seam displacement, off kilter, straight line against curve, line displacement and no buttons.” The point being that this is an encapsulation of what this brand is all about. If your curiosity is aroused, then go for it and learn something that you never knew before. This reviewer has surely benefitted from the book’s content.