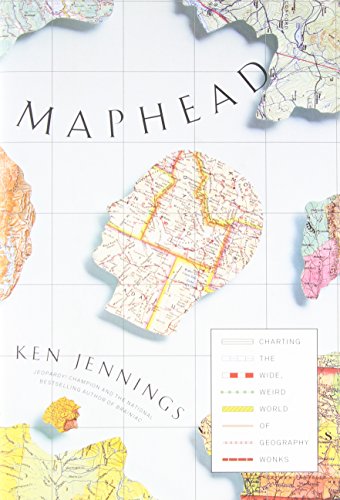 “entertaining and eclectic, engaging and informative.”

Eighteenth century English essayist Charles Lamb insightfully proclaimed, “Nothing is more important than space and time—yet nothing is less important, because I never think of them.” While geography, the social science discipline most aligned with considerations of spatial relationships over time, was of supreme importance to society in earlier centuries, in recent decades its stature has declined markedly.

Though individuals today enjoy unprecedented choices about their place choices—in which they might live and work, eat and meet and connect, learn and play, shop and travel, exercise, heal and rest, worship and prosper—and contemporary culture, society, and commerce are ever more influenced by what happens in other places, yet people’s knowledge about places is less rather than more.

Just as the large numbers of people are illiterate and innumerate, so, too, are many limited, ever challenged in their knowledge of places, and in their spatial thinking capacities.

In his engaging Maphead, Ken Jennings, renowned as prevailing in the “Jeopardy!” quiz show, explores the important, too little recognized, role of geography, observing, “An informed citizenry has to understand place, not because place is more important than other kinds of knowledge, but because it forms a foundation for so much other knowledge.”

Notwithstanding the importance of understanding their place, most people make decisions that are less and less informed. This lack of knowledge of place leads to an inability to provide context. This has severe consequences, as Ken Jennings proclaims:

2. “Ineffectiveness in day-to-day life, for 93% of adults throughout the world get lost regularly losing an average of 13 minutes of a day each time, while 10% miss ‘some crucial event, a job interview, business meeting, a flight—because they get lost.”
3. “Lacking critical contextual comprehension of major issues such as global warming, Islamic terrorism, and growing influence of Asia, including specifically China and India.

Ken Jennings attributes this deplorable state of affairs to a “century of pretty crappy geography instruction. For many years, when schoolchildren were made to study geography they were just memorizing long lists of names, all 50 states in alphabetical order, the world’s tallest mountains.”

Through the end of the 18th century, geography and cartography were synonymous. But when place choice emerged, the two fields diverged and the discipline of geography has become distanced from maps, which amounts to denigrating the fundamental core resources of the disciplines.

Maps, the author argues, have extraordinary exploratory power, for by “looking at a map, you can dive into how geography explains: why this city is on this river, why this canyon is deeper than that one, why the language spoken here is related to the one spoken there—even, perhaps, why this nation is rich and that one is poor.”

Growing up, the author favored and loved his atlas as much as any other kid loved his favored toy. He found maps more engaging than written text: “A fast and veracious reader, and keenly aware that a page . . . would last me only 30 seconds or so, but each page of an atlas was almost an inexhaustible trove of names, shapes and places,” is dismayed by the decline of the role of maps, which, “are older than writing.”

Ken Jennings is an impassioned addition to the growing chorus of those proclaiming and protesting the growing pervasiveness of geographic literacy. The consideration of the majority of people not knowing much about their places is evidenced in the 2008 Presidential campaign, in which Republican candidate John McCain suggested that Spain was located in South America, and that the Democratic Candidate Barrack Obama promising to campaign in 58 states.

Maphead is entertaining and eclectic, engaging and informative. Like learning something useful or trivial as the byproduct of consulting a map, the reader of Maphead encounters insight that can only enhance his or her knowledge and understanding.