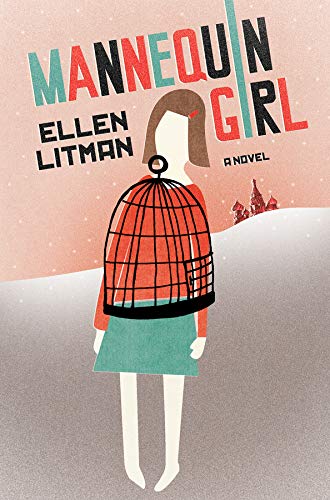 “Mannequin Girl is a welcome addition to the coming of age genre that will appeal both to adult readers and to precocious teenagers.”

The Soviet Union in 1980 could be a stifling place for adults unwilling to toe the party line, but according to Ellen Litman’s second novel Mannequin Girl it was not an entirely bad place to be a child.

The protagonist of this suspenseful coming of age tale told in the third person, Kat Knopman has her share of familial issues and personal disappointments, and both commits and suffers social cruelties like kids everywhere.

In a country where “uncultured” is the most dismissive insult, Kat (short for Katya) is the only daughter of Misha and Anechka, Jewish bohemian artists and intellectuals whom she initially worships and whose erudition she parrots to an extent that is not credible for a six year old (even one who reads at a fifth grade level). She is sure she will attend the school where they teach and there win praise and admiration for her academic prowess, but the summer before she is to start first grade she is diagnosed with scoliosis and will have to attend a boarding school with other children so afflicted and wear a back brace.

American educational practice is to mainstream children with disabilities as much as possible, but Kat’s Moscow boarding school has some advantages. Since all the children have scoliosis the condition itself bears no social stigma (except for the worst afflicted children), physical therapy can be integrated into the school day, students spend weekends at home with their parents, and the school ‘s academic reputation is so high that parents of healthy children try to acquire false diagnoses to gain admission.

The school is the brainchild of an Italian physician, Professor Fabri, who when examining Kat before her admission tells her that when her back brace comes off for good eight years later she will be “our mannequin girl,” the Russian equivalent of a fashion model.  Italy’s communist party was one of the largest and wealthiest outside the Iron Curtain, so it is not surprising that an Italian physician would sponsor a school in the USSR.

The novel is divided into three sections that take place in 1980, 1986, and 1988 respectively, the first of which introduces us to Kat’s classmates, teachers, matrons, and homelife. Now Misha and Anechka have to be more circumspect in their dissident activities so as not to put Kat’s treatment at risk.

By contrast Kat’s best friend Jules is the child of cultured and affluent party apparatchiks who accept the system as it is and in the second section have less enthusiasm for perestroyka than do Misha and Anechka; Jules doesn’t understand why Kat must constantly critique everything. Kat refers to a clique of dull, uncritical classmates as the gaggle.

By the second section Misha and Anechka have joined the faculty of Kat’s boarding school, and Kat is going through puberty.  Anechka has had several pregnancies some of which have ended in miscarriages and others in compulsory abortions (Soviet authorities determined which pregnancies were allowed to go to term).

“With each loss, her mother has gotten more brittle, their relationship more faltering and tense, and at times Kat can’t escape the sense that Anechka is somehow blaming her.” Anechka and Misha’s marriage also falters.

In the  novel’s third section the communist system is also teetering and in its place Kat’s gentile teachers and classmates turn to Orthodox Christianity, Russian nationalism, and xenophobia with its attendant anti-Semitism.  Kat overhears a student making a disparaging comment about her father:

“The scorn in the girl’s voice was unmistakable, the implication couldn’t be clearer: Jews were unclean. Jews were vermin. They degraded Russian people, turned Russian children into alcoholics, spread drug addiction, AIDS, and rock and roll. Kat’s heard it all--from TV, from the gaggle, and even from some of the teachers.”

Kat is now a teenager whose brace has come off and who begins a romantic relationship with the unreliable Nikita on whom she has had a crush since first grade. Nikita, whose father is Jewish, only feels comfortable with Jews amid the rising anti-Semitism.

Important subplots involve Kat’s relationships with her grandparents and her tutoring Seryozha, an indifferent student whose much worse scoliosis makes him a hunchback, whom Kat initially despises. By the end of the book he is a budding intellectual and Kat’s ally and close friend. Tutoring him has clearly contributed to her emotional growth, and readers can only guess what the nature of their relationship will be in the future.

Six-year-old Kat was certain of her family’s cultural superiority and her own brilliance as a prodigy. A wiser teenage Kat concludes, “being exceptional is nothing but a trap. It makes you obsessed with your own significance, and also, it riddles you with doubt.” Now “She has no more wish to stand out, to be either a mannequin girl or a freak. She wants to be normal, unnoticeable, average.”

Mannequin Girl is a welcome addition to the coming of age genre that will appeal both to adult readers and to precocious teenagers.