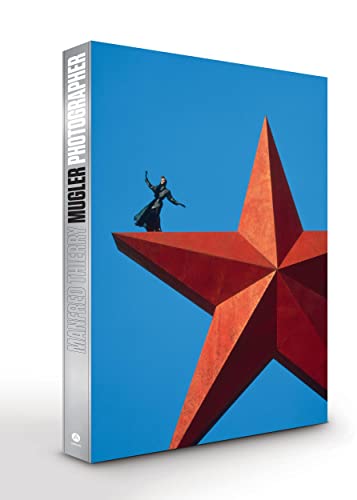 It would not be an unreasonable assumption to say that any “card carrying” fashionphile is familiar with the name Thierry Mugler and what his clothes represented in the fashion compendium. He was well known for his highly structured, if not architectural designs as well as for his over the top presentations that permeated Paris fashion weeks for over two decades.

What the prospective reader will find out while reading Manfred Thierry Mugler, Photographer is that not only was Mugler fixated on photography but he was even more fixated on architecture and the photographs in his head. These fantastical images are what make up the majority of this incredible new book. The reader is transfixed by how the designer offers images that would be as relevant today as they were irreverent when they were taken. There was absolutely nothing run of the mill about Thierry Mugler or how he achieved each  photograph.

The images, which take up at least three quarters of the book, are nothing short of spell binding, and then Mugler himself explains them not image by image but by each location where they were taken, which spins some totally different insight as to his modus operandi. To say he was a visionary is an understatement as it was he who lensed his own advertising campaigns long before Karl did at Chanel. Mugler audaciously replaced Helmut Newton as his house photographer with himself.

There is something very engaging and conversational about the text that few books of this genre can boast.  There is no pretention and no artifice; it is all put out there for everyone to read about just as it happened. Mugler also reveals so much about his work ethic and his near addiction to creating these images he imagined in his head and turning that mental image into reality—and going to great lengths to do so.

Clearly, this is not a book that strictly focuses on fashion as much as it does how Mugler wanted his fashion presented to the world; and it would be difficult to argue that each photograph evokes an enormous impact on the viewer. Let’s say it is absolutely about the big picture and not just the clothes.

This is most definitely a book to be evaluated and examined on multiple levels, but unquestionably a book that will satisfy the fashion oriented as well as the photographically inclined. It is quite a treasure especially with the text provided since without the verbiage this would be just another high gloss coffee table book to ooh and aah about.