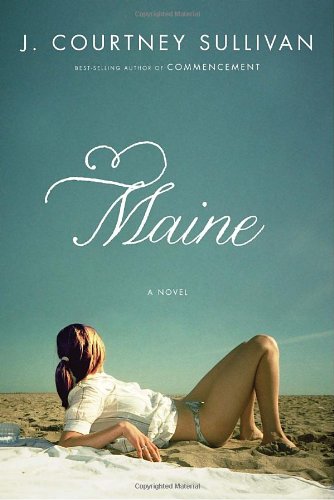 “Definitely not a beach read, this tale gets to the guts of family angst with its gritty, straightforward prose, showing there is no such thing as the ‘perfect family.’”

The tale commences with Alice, the widowed elderly matriarch, who seems somewhat bipolar with her mercurial mood swings and nasty demeanor. Exhibiting overt signs of narcissism, Alice starts out unlikable, but leaves the reader wondering what made her the woman she is. Her disposition is so erratic, one feels the need to delve further to learn about her past to understand her actions.

Alice is the mother of three children. Kathleen is the alcoholic divorcee who fled her Massachusetts roots to live with and start a business in California with a man of whom her mother does not approve. Nevertheless, it seems Alice does not approve of anything Kathleen does, which keeps her from making her annual visit to the family’s cottage on the coast of Maine.

Daughter Clare and husband Joe own a religious goods store in South Boston, though they both denounce their Catholic faith and become atheists, much to Alice’s dismay.

Alice considers her son Patrick’s wife, Ann Marie, more a daughter than Kathleen or Claire. In constant communication with Alice, Ann Marie is a “goody-two-shoes.” Both she and Patrick are dubbed “The Perfects” by Kathleen and Clare, for their relentlessly joyful demeanor and endless gloating over their wealth—never letting on that there could possibly be any skeletons in their closets.

As the summer descends upon them, Alice settles in the house Patrick built for her and husband Daniel, on the property of the Maine cottage Daniel won in a bet more than 60 years prior. Patrick allocates separate months for family members to inhabit the cottage, which distresses Alice, for she remembers the whole family enjoying the beach together. Now they do not want to be bothered with her, their siblings, nieces, or nephews.

Ann Marie learns Alice will be alone for several weeks and tries to guilt Kathleen into coming east to be near her mother, but her machinations do not work, for Kathleen determines not to expose herself to her mother’s constant criticisms. Instead, Kathleen encourages her daughter, Maggie, to go in her stead. Maggie not only is estranged from her lover of two years, but she also discovers she is pregnant. She hopes for solace and resolutions to her problems in Maine, as well as to establish a relationship with her grandmother.

Though there are several discrepancies within, this emotionally charged story deals intriguingly with a dysfunctional family ripe with secrets, bitterness, and guilt. Religion’s strong hold over Alice, who is hiding her own sins, regrets, and hurts, taints the entire family.

Definitely not a beach read, this tale gets to the guts of family angst with its gritty, straightforward prose, showing there is no such thing as the “perfect family.”