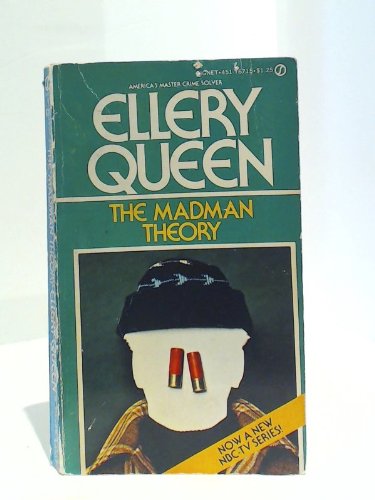 “We know that Kennedy had the strength to stand up to his military advisors . . . would Nixon have had that same courage?”

Harvey Simon’s story of alternate history, The Madman Theory, brings up the provocative question of what would have happened if Nixon had won the 1960 presidential election instead of John Kennedy.

The title is from economist Thomas Schelling’s work in game theory which holds that by acting irrational, unreasonable, and hostile one can keep their opponents fearful of provoking a fight or exacerbating a small problem into an out-and-out crisis or worse. In reality Nixon did adhere to this approach, even using it as a means to force North Vietnam to negotiate.

The Madman Theory begins in those tense days of October 1962 just after Soviet nuclear missiles were discovered in Cuba with more on the way. Mr. Simon portrays Nixon as in some ways like Kennedy: a man trapped by circumstance and surrounded by men beholden to plans and timetables and statistical probabilities. In contrast, these circumstances for Nixon fed right into his madness, exacerbating his situation and the fragility of his ego.

Like the true events it mirrors, Mr. Simon takes readers behind the scenes and into the meetings, phone calls, and telexes, and further into the relationships between Nixon’s staff, White House departments—even between Nixon and his wife Pat.

It’s in this last where author Simon starts to stray off target and into exposition both awkward and clunky; this prose does not quite flow into the rest of the narrative.

Additionally, the chapters covering Khrushchev and the Soviet leadership make them come off as ill-defined caricatures with the voices he gives them so they sound like Boris Badinoff imitators.

Kennedy admitted having read Barbara Tuchman’s The Guns of August about the origins of the First World War and its roots in the German and Austrian adherence to plans and timetables for war over the desire for peace. After the crisis he mandated that everyone in his cabinet and advisors read it as well.

Whether or not Nixon read it is anyone’s guess. We know that Kennedy had the strength to stand up to his military advisors and understand that as president he could act beyond circumstance.

What Mr. Simon’s The Madman Theory asks is would Nixon have had that same courage?