Machiavelli: The Art of Teaching People What to Fear 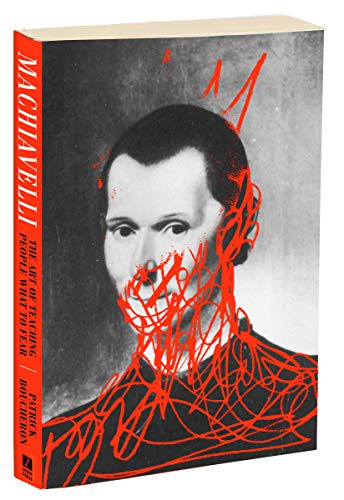 “a more nuanced and comprehensive look at this brilliant but tortured genius . . .”

Machiavelli is the political scientist that all other political scientists love to hate. For almost 500 years, his seminal work, The Prince, has been panned, condemned, and at times banned. He is also one of those rare and notable figures who has their name turned into an adjective, along with other controversial philosophers like Sigmund Freud.

But does he truly deserve the infamy that history has placed upon him? In this slim volume, Professor Boucheron has collected a series of talks given on French public radio that offer some new perspectives about Machiavelli and bring into view a more nuanced and comprehensive look at this brilliant but tortured genius.

As the author notes, Machiavelli was clearly a product of his times, navigating through the treacherous political waters of the Renaissance Italian city-states, where his political and personal fortunes waxed and waned with some of the most notorious politicians in history, the Borgia family.

Machiavelli was a prolific writer, not only penning The Prince, but a treatise on war, numerous plays, and other projects. His writings all dealt with the constant absurdity of humanity and our foibles, and the author spends some excellent essays discussing Machiavelli’s entire body of work, not just The Prince. A varied and brilliant writer, Machiavelli was a sharp observer of politics and strategy and had a firm grasp of what is now called realpolitik, as well as the full range of human relations, including jealousy, seduction, and betrayal.

No sentimentalist, Machiavelli stripped away the façade of politics concerning how a Prince should survive and rule his fiefdom, choosing to delve into a forbidden but honest discussion into the baser aspects of human nature that many politicians either exploit or choose to ignore. Alarmed by what he saw at the time as the growing foreign threat to Florence, his home city, he offered practical, if seemingly cynical, guidance to his notional ruler.

His own life experiences had a profound effect on his writings, both on a professional and personal level, a distinction Machiavelli himself had trouble making. Falling out of favor with the ruling elites of Florence on more than one occasion, he found himself in professional exile for a good part of his life, trying to find patronage to reenter the ruling clique, even if on the peripheries.

Even though this is a very short book, for anyone who has plowed through The Prince for undergraduate or graduate work and would like some context for how that most maligned volume came to be, it is a highly recommended read.