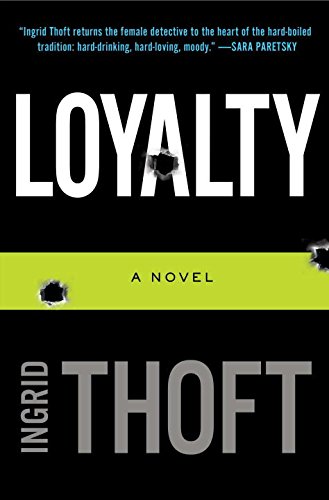 “Loyalty is filled with action and suspense. The writing is crisp and tight.”

Loyalty is a modern day suspense set in Boston.

Fina Ludlow works as a private investigator for her family’s dynamic law firm, Ludlow & Associates. Patriarch Carl Ludlow is the king of personal injury lawsuits and is equally ruthless as a father.

When Fina’s sister-in-law Melanie disappears, Carl Ludlow wants the case solved without police intervention. Many among Boston’s legal and criminal element hate this successful family of attorneys. Pitney, the detective assigned to the case, would especially love to see one or more of the Ludlow men behind bars.

As Fina digs into the circumstances surrounding her sister-in-law’s disappearance, she stumbles across evidence that suggests her brother Rand might know more about the case than he is saying. Carl insists the Ludlow family stay united no matter what evidence Fina unearths.

Puzzled by a telephone number she finds in Melanie’s recipe box, Fina begins a dangerous hunt for answers that lead to far more than anyone bargained for.

Loyalty is a well-written, multilayered work of fiction with a complex plot and a chilling subplot. At times, the circumstances appear a little too convenient, as Fina has a crooked contact or an influential love interest to whom she can turn for almost anything she needs; however, the tension is good and the suspense builds throughout.

As the author weaves the main plot and the subplot together, the large cast of characters and their interlaced associations can become a little confusing. The twists in the plots are unexpected and startling.

Fina Ludlow is a gritty character with an underlying frailty when it comes to the vulnerability of her niece, Hayley. This makes her tough-guy persona palatable and more endearing.

Despite her tendency to use extra-legal means of solving her cases, there are certain crimes Fina is not willing to overlook. The friction this causes between Fina and her father is delightful. To Carl Ludlow’s frustration, the one person in his family he cannot control is his daughter Fina.

Loyalty is filled with action and suspense. The writing is crisp and tight. Fina must balance loyalty and morality. The author has introduced an intriguing new heroine in this gripping PI mystery.