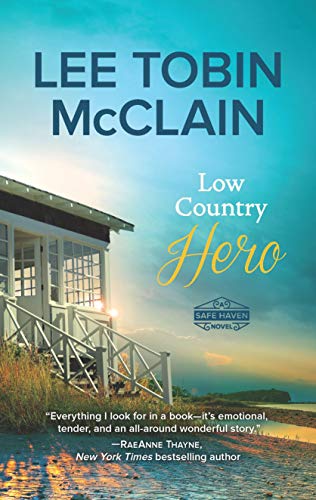 “This sweet novel is both romantic and heartwarming while also offering a bit of mystery and suspense.”

Twenty years ago Rita O'Dwyer escaped to the small coastal town of Safe Haven, South Carolina, to get away from her abusive husband Orin. She hoped to keep herself and sons, Sean, age 13, and younger brothers Cash and Liam out of danger, and what better place than a nondescript area? Regrettably, Orin finds her and shoves her into his truck. That is the last the kids see of her.

Forced into separate foster homes, Sean grows up suffering guilt over his inability to save his mother. After a tumultuous and rebellious few years as a teenager,  Sean joins the military, is away for years, then returns home. Divorced from his wife, his life is a mess, so he is looking to find a new purpose remodeling vacation cottages. He loves Ma Dixie, his foster mom, and appreciates how she never gave up on him.

Anna George, another product of domestic violence from husband Beau, flees her Montana home with twin daughters Hope and Haley. As a child, she and her parents vacationed in Safe Harbor, and she remembers her love of the area. She thinks they'll be secure here and longs for peace. Her girls, also traumatized by their father, do not talk to anyone but Anna. She decides to steal away in an empty cottage.

Sean confronts her, wary of her actions, but his heart melts upon meeting the precocious and adorable twins. The property owner lets Anna remain there with the stipulation she help with the renovations. Soon Sean is besotted by all three of them and is heartbroken when Anna jumps at a noise or the girls cling to her in fright, fearing Beau will locate them and force them back or worse. But Sean determines he has no right loving another or having a family. If he could not save his mother, how can he protect anyone else?

Anna is also attracted to Sean: "No way did she need to be imagining getting closer to Sean. It was a ridiculous thought when what she actually needed to do, what she could handle, was to steer completely clear of men. Her experience with Beau had taught her that men were not for her. Some women had grown up seeing how adults navigated relationships and how good marriages looked; she hadn't."

The correlation between Sean's past and Anna's dilemma has  him wanting to help them. Though still apprehensive, Haley and Hope come to trust Sean, and before long start talking to him.

Anna befriends Ma Dixie, and for the first time in forever, she is happy and less afraid. When Sean takes the three of them to Ma's, he tries desperately to remove himself from them: "Being here at Ma's, bringing Anna and the girls here, made that old longing tug at him again. He clenched his teeth and stiffened his spine against it. A family just wasn't in the cards for Sean. There was a hole in his heart from when his mother disappeared, and his father's tainted blood ran through his veins."

Domestic abuse is aptly portrayed, however it seems somewhat coincidental that Sean, faced with his mother's situation, is now going through a similar experience with Anna. Maybe this is the motivation he needs to realize he had no recourse with his mom, but can ease his culpability with Anna.

Each character presents their own individuality, making them believable and appealing—as much as the maliciousness of other characters is easy to detest. This sweet novel is both romantic and heartwarming while also offering a bit of mystery and suspense.