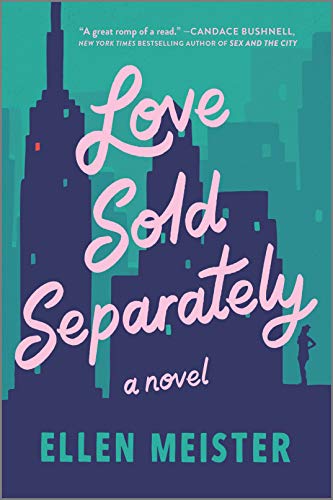 “With plenty of red herrings and plot twists—along with a dash of shopping jargon and lively product descriptions—this quick, breezy read is the perfect late summer escapism.”

Dana Barry wants to be a successful actor, have the perfect boyfriend, and annoy her father at every turn. She repeatedly fails at the first two goals but excels at the third.

“Dana Barry took another long pull on her joint, gulped the smoke and held it. She needed this. Twenty-nine was too old be out of work with no prospects and an agent who hadn’t sent her on an audition in six months.”

But a loyal friend is determined to help Dana with her work life even if she’s unable to help herself.

Megan Silvestri talks Dana into letting her manage Dana’s faltering career. Megan succeeds in getting her an audition to work as the on-air talent for the Home Shopping Channel.

But Dana doesn’t make anything easy for Megan. Megan arrives at Dana’s apartment with the news only to discover Dana isn’t exactly ready for primetime.

“‘Shit, you’re wasted. You’d better get it together fast. There’s an open call audition across town and we have to get there by two.’”

Megan’s commitment to Dana’s success shines as she manages to get her inebriated, stoned only client across Manhattan in record time and onstage for the audition dressed and ready to break a leg.

Despite being high as a kite, Dana is great at anticipating what a Shopping Channel team is looking for, as evidenced by her choice of clothes for the event.

Dana, despite her condition, zeros in on the perfect choice. “‘They want Scarsdale PTA, but with a little edge.’”

Dana also knows her audience and uses her acting chops and quick, creative mind to nail the audition and soon finds herself with a “grownup” job, complete with a living salary and a schedule she’s expected to keep.

Then she learns nothing comes for free. She has to give something up for her perfect job.

Dana is committed to her acting group, Sweat City, but it’s not exactly taking her to Broadway, as Megan reminds Dana when she falters at signing the contract when she discovers the fine print.

“‘It’s an experimental theater group that’s going nowhere and will get you nothing. In a typical year, how many people see your performances there? A hundred? A hundred and twenty? And most of them are related to the actors.’”

Dana decides to give up her “art” and signs on the dotted line, then she aces her live, on-camera debut.

So far, so good. But someone murders Kitty Todd—the darling of the television shopping world and the most revered on-air host—and Dana finds herself stuck in the middle of the investigation.

Or rather, Dana puts herself in the middle of the unfolding situation, and everything she does gets her in a little deeper.

Thoughtless in her actions, careless with her work ethic, and insensitive to her friends and family, she often tries to do what’s right only to discover the law of unintended consequences. Even when her heart is in the right place, she seems to throw fuel on the fire for the people around her.

She does begin to see how her actions have an impact. “If she wanted to keep this job, she would need to start thinking more like someone who lived on Planet You-Have-to-Stop-Acting-Like-a-Snotty-Teenager.”

But it doesn’t come easy. “For now, tough, she would tell a little white lie to backtrack over her stupid mistake.”

Part lighthearted romance, part mystery, Dana Barry puts her remarkable memory for details and questionable ethics to work to ferret out the bad actors on the TV set and track down Kitty’s killer.

Underpinning her amateur sleuthing is her preoccupation with finding the perfect romantic partner. Quick to assume anyone interested in her is likely to bolt or ready to cheat, she has a tendency to overreact to any slight, real or imagined, but she eventually learns that for people to trust her, she has to trust them.

With plenty of red herrings and plot twists—along with a dash of shopping jargon and lively product descriptions—this easy, breezy read is the perfect late summer escapism.