The Love Affairs of Nathaniel P.: A Novel 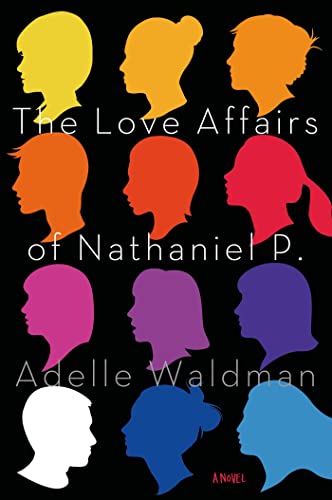 The novel The Love Affairs of Nathaniel P. by Adelle Waldman is a smart, well-written, clever character study and social critique.

The narrative centers around Nate, an intelligent, intellectual freelance writer whose first book is about to be published. The novel mostly takes place in Brooklyn and traces Nate’s various relationships with women, friendships, and the literary scene in Brooklyn.

What is perhaps most surprising and noteworthy about the book is that despite being written by a woman, the narrative allies itself with Nate. Although the novel retains a third-person narrator, the protagonist, Nate, is male, and the narrator clearly provides his perspective (not uncritically), enters into his psyche, and focuses on him.

The narrator describes him using Nate’s point of view: “When he was twenty-five, everywhere he turned he saw a woman who already had, or else didn’t want, a boyfriend. Some were taking breaks from men to give women or celibacy a try. Others were busy applying to grad school, or planning yearlong trips to Indian ashrams, or touring the country with their all-girl rock bands. The ones who had boyfriends were careless about the relationships and seemed to cheat frequently (which occasionally worked in his favor). But in his thirties everything was different. It now seemed that the world was populated, to an alarming degree, by women whose careers, whether soaring or sputtering along, no longer preoccupied them. No matter what they claimed, they seemed, in practice, to care about little except relationships.”

While Adelle Waldman deftly enters into the psyche of the guilt-ridden, navel-gazing Nate, she also does a fine job of developing other male characters like Nate’s friend Jason and some female characters, particularly Hannah and Aurit.

Her ability to cleverly capture different male and female points of view without resorting to simple stereotypes is impressive. Nate and his very sharp, opinionated friend Aurit are having dinner and discussing his relationships with women:

“’It’s just that I don’t understand,’ Aurit said. ‘It seems to me that when you do meet someone suitable and you have a nice time with her, you should tread carefully, take it seriously . . . ‘”
“Nate felt like he was the subject of a highly sophisticated type of torture in which the torturer listens to your objections, even seems sympathetic, and then continues to administer electric shocks.”

Not only does The Love Affairs of Nathaniel P. include some fine character studies, but it also is a skilled social critique. The Brooklyn literary scene is dissected through numerous descriptions of book parties, barroom and coffee house gatherings, and lunches and dinners populated by smart, introspective, and self-involved writers.

“Had he been an urchin rescued from the back alley where he’d foraged for food in dumpsters and solved millennia-old math problems on the inside of torn cereal boxes, he couldn’t have been more naïve, more uneducated in the social mores of a place like Harvard. And if he’d been a homeless autodidact, at least he would have reaped the social benefit of being exotic. What had seemed normal back home screamed Mall of America, middle management, and mediocrity on a campus where the tone had been set long ago by Puritans. . . .”

Adelle Waldman’s prose is crisp, witty and sharp. Her pointed descriptions and commentary are often funny and perfectly capture her characters or scenes. While dining together, Aurit is described grilling Nate about his date with Hannah: “Sometimes Aurit reminded him of the Lorax, the glowering little Dr. Suess character who climbs out of tree stumps to hector the greedy capitalist.”

Author Waldman is especially adept at constructing scenes in which she alternates between dialogue and descriptions of the characters’ actions, including seemingly mundane eating habits and movements. The intermingling of dialogue with commentary effectively reveals quite a bit about the characters and creates vivid scenes and dramatic tension.

The title, The Love Affairs of Nathaniel P., doesn’t quite do justice to this witty, engaging novel. While it certainly includes details about love affairs and focuses on Nate’s relationships, it is not a steamy, trashy romance, but an observant, deftly, and cleverly composed work.