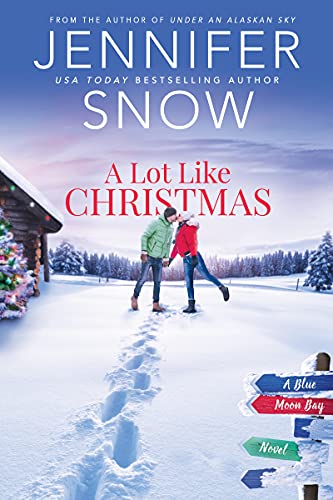 The Delicious Delicacies Bakery in Blue Moon Bay is 29-year-old Jessica Connolly's pride and joy. She loves being the proprietor of the best sweet shop in the coastal California town, and her life is almost complete. Her dream is to have a man to love and a family to cherish, but lately, all she does is make wedding cakes for the women who are getting married to guys she once dated.

Attending the latest nuptials, she learns she's become quite the joke around town. The three men who dumped her are now marrying others. The newly engaged call themselves the "New Bride's Club" and consider Jessica their lucky charm. If their betrothed hadn't broken up with Jessica, they wouldn't be getting married. Feeling like a laughingstock, Jessica wonders if she should remain in the small community she calls home. When anger builds, she can't help herself:

"She stopped in front of Emily and John, where her beautiful creation sat on a cake display rack for all to admire. Their silver knife engraved with their names and the date sat next to it. They both glanced at her in surprise.

"'I wish you both a lifetime of happiness,' she said. Turning to Emily, she added, 'You're welcome.' Then, taking a deep breath, she picked up the 52-pound masterpiece she'd spend days working on and carried it straight out of the country club.

"Only the audible gasps of surprise and disbelief from the crowd and the flash of the tables' disposable cameras followed her out."

Jessica heads back to her shop and starts to devour the cake, deciding she's had enough embarrassment and is through with dating. She is only opening herself to more heartache and giving the single ladies the opportunity to grab her guy when he leaves her. As she works on new orders, she hears someone calling.

"The unrecognizable male voice had Jessica counting to ten.

"Where the hell were they all coming from? Hadn't she served everyone within a five-mile radius by now? She'd expected her business to be slow because of the wedding stunt.

"'No, I just leave my bakery unattended . . . hope the Keebler elves sneak in to do all the baking at night,' she muttered, pushing through the screen door that led to the front of the bakery. 'How may I help—’

“She stopped, and her jaw dropped. 'Mitch Jameson?'

"Had hadn't changed at all in the years since she'd last seen him. If anything, he'd gotten hotter.

"Or maybe, as a teenager, she just hadn't noticed Lia's older brother that way.

"She sure as hell was noticing him in that way now."

Mitch, a physician ten years her senior, had been working in Cambodia with Doctors Without Borders. Mitch loves his nomadic lifestyle and getting the chance to see the world; this is the first time he's been home in years.

Jessica has a standing holiday request for Mitch's mom, who plays Christmas to the hilt. She is flustered seeing Mitch, thinking he's there to pick up what she calls her "Nightmare Christmas order." The order isn't ready, so they talk a while until Mrs. Barnett, a widow and owner of the adjacent shop door, barges in, shaking a paper at Jessica and demanding an explanation.

Jessica received an offer from Not Just Desserts, a large company wanting to buy her business. The conglomerate wants to purchase the block of three shops to enlarge their bakery, and they've given her a month to decide. Though she isn't considering selling, she has not mentioned this to Mrs. Barnett, or her Aunt Frankie who owns the fabric store on the other side of her.

Their offer is very lucrative, but Jessica cannot put her neighbors out of business. But with the unbelievable proposition, she knows she would be set for a long time. Where would she go, and what would she do?

Mitch charms the widow, and when she goes on her way, he offers to help Jessica, seeing she is swamped with orders. While talking, they both sense the chemistry between them. Jessica wonders, How could this be? Mitch is my friend's big brother. Not only that, but he won't be here long. Maybe they could have a good time, but they'd need to keep it hush-hush, for Lia would have a fit.

Jessica and Mitch see each other on the sly, and things get hot and heavy before long. She starts falling for him and dreads the day that he will leave her. Never having felt like this before, she tries to reign in her heart and feelings.

It seems she's not the only one bitten by the love bug, but what can Mitch do? Though his physician father wants him to take over his practice so he can retire, Mitch made a commitment and cannot see himself holed up in a small town.

It's understandable for Jessica to be reticent about their affair, but her fear of Mitch's sister discovering their relationship is a bit over the top. In addition, there is a big deal about them being ten years apart in age. Would that actually matter? Is she afraid of Lia's judgment, or is she terrified of being hurt again?

A sensual and sexy read, A Lot Like Christmas, book number 2 in the Blue Moon Bay series, stands well on its own and deals with the struggle of emotions and what matters in life.