The Lost and Found Necklace 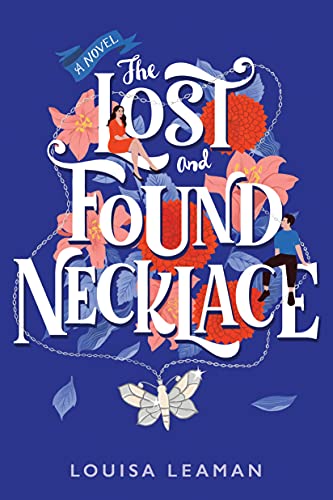 Jess Taylor, nearing age thirty, and always one to walk on the wild side, is recovering from a horrendous accident that laid her up for almost a year. Now able to maneuver easily with a cane, she's determined to start taking things easy and stop taking risks.

She settles into everyday life, living with her sister Aggie, Aggie’s husband, and their children. She is content with her boyfriend Tim, an upright guy and someone dependable. After the heartaches she's been through, she decides she doesn’t need fireworks and sparks in a relationship. What matters now is considering marriage to Tim, maybe having a baby, and becoming closer with her family. Aggie tries her patience at times, reminding her of the losers she once dated. Loving her older sister and the closeness she shares with her niece, Steph, she decides to follow a more conventional lifestyle.

Jess's beloved grandmother, Nancy, lives in a care facility as her health and mind are failing. She enjoys talking about her past and the family history, ruminating about the vintage necklace her great-grandmother Minnie designed but went missing years ago.

This necklace contains a moonstone pendant with a butterfly and is branded with the superstition that it will bring the wearer their soulmate. Thinking about the soulmate prophecy, Jess likes that theory, but she believes Tim is the one.

Through a catalog, Jess discovers the item is being auctioned at a London auction house. She grabs her sensible older sister, Abbie, and heads to the there, determined to buy it and return it to Nancy before she passes away.

Though Jess sets a top price she will pay, she keeps getting outbid by a handsome young man, so she keeps upping the amount. She is determined not to let the precious item slip from her reach, and Aggie storms off in a huff when Jess surpasses her spending limit. Unfortunately, she loses the bid to the young man, so she follows him out the door and jumps into the taxi he hails.

Begging him to sell the piece to her, she states it belongs to her family after being lost many years ago. He offers it to her only if she agrees to have dinner with him. She adamantly refuses. Though she finds him charming, she will not betray or hurt Tim, who his first wife deceived. She must attain this for Nancy, and she will not disappoint her grandmother’s dying wish.

Jess flirts with the man who introduces himself as Guy van der Meer, hoping to gain his favor. He informs her his family owns a jewelry business, and his position is to locate and purchase particular items they can sell for profit. In his mind, he believes this is the perfect solution for his client, Stella Weston, a beautiful supermodel. Though . . . .

"A thought strikes his soul. The woman who accosted him in his taxi—Jess—she’d laid claim to this butterfly with such fire. Maybe it would look different on her? All that stuff about it being her family's heirloom . . . At first, he's shrugged it off, fixated on how much profit he could make selling the necklace to Stella, but what if the necklace knew better? Like Cinderella's slipper, what if it's only meant for one person? What, then, would that make him . . . Prince Charming?"

Guy, besotted with Jess, brushes off her claims of having a boyfriend. Does she genuinely love this man, or is she only saying this?

As Jess digs deep into her family history, she tries to learn all she can about Nancy, Anna, Nancy's mother, and Minnie, her great-great-grandmother. Though Jess trained as a teacher, she now earns her income refashioning vintage jewelry, which Aggie considers her "hobby business." Jess customizes unique pieces on order, and her items are not typical costume jewels or something mass produced. She realizes designing jewelry and not teaching is her passion.

Jess visits Nancy often, asking about her past and that of her great- and great-great-grandmothers. The information she receives cements her mission to retrieve the necklace from Guy.

"'It's the natural and orderly way of things. She's had a long life, Jess. Eighty-two. That's really something. I know how much she means to you, but . . . it has to happen.'

"Jess can barely hear her sister's platitudes. All she can think of is the sadness on Nancy's face when she told her she'd failed to reclaim the necklace. Through her tears, staring over her sister's shoulder, she catches her reflection in the mirror and thinks of Nancy's words: We called it the True Love Necklace."

Jess's determination strengthens her to accomplish her goal and bring the treasured heirloom (a Taylor talisman) to Nancy as her last loving act toward her grandmother. On a trip to Los Angeles, she discovers more mysteries about her ancestors and circumstances that once were considered folly are fact. Though this expedition sets up enmity between her and Tim, nothing will stand in her way.

What matters most is Nancy, and as a last-ditch effort, she rings Guy insisting her get her the necklace if only to borrow for a short time until Nancy passes.

But what will this do to the future she and Tim are planning? Will Jess be true to herself and her desires, or will she disappoint her sister and fall back on her old ways? A chance at self-discovery for Jess is brought forth by the magic of an heirloom necklace in which she makes hurtful decisions, but is true to herself.