Lost Along the Way: A Novel 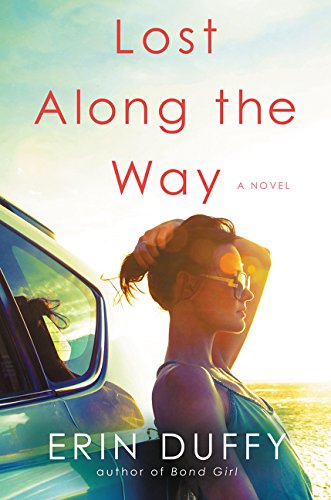 “No—to friendships that are worth more than any argument.”

It’s a long road between adolescence and maturity, and not many friendships survive the trip. Erin Duffy’s latest, Lost Along the Way, tells the story of one such bond that had been tested and frayed by the years. Jane, Cara, and Meg, friends since childhood, have seen their friendship fade as adult strife pulled at each of them. Now Jane’s running from the paparazzi after her husband is arrested for fraud, with no place to go but back across the bridges she burned years ago.

Thinking that her old friends might be willing to shelter her despite the differences that have separated them, she hopes that they might be able to spare time from the lives she imagines as perfect to provide a shield. Cara is her first choice, but one night is enough to demonstrate that Cara’s controlling husband will have none of that. When she then turns to Meg, Jane is surprised to learn that Meg has her own problems.

Duffy has taken an unusual route in this story of creating three generally unlikable protagonists. They are first introduced in their late twenties, when Jane arrives to brunch late and disheveled, excited to announce her elopement. Instead of enthusiasm or congratulations, she is bombarded with petulant criticism because Cara and Meg weren’t invited. All three women come off the page as shallow and self-centered, and they don’t change a lot during the course of the novel.

Jane gets many of the best lines of dialogue in the novel. Her reminiscence about her white-collar criminal husband is wryly funny: “I didn’t just love him for his money. I loved him for his willingness to spend it on me.” As the story goes on, she becomes the marginal heroine, the glue that tugs Cara and Meg together.

Duffy’s dialogue is strong in this novel. Her characters are often overwrought, but Duffy keeps their interchanges believable. Less successful are the flashbacks to various scenes in each woman’s life. They break up the flow of the main narrative; the pertinent information from each is very often reflected upon in inner monologue or dialogue, making them largely unnecessary.

Lost Along The Way wouldn’t be a modern novel without reference to current social issues. In this case, Duffy has chosen maternity and homosexuality. Meg faces infertility and is not dealing with it well. She’s decided to “save” her saintly husband from the fate of not being a father by exploding her marriage. While the way she deals with her fertility issues doesn’t ring entirely true, many modern women will find themselves nodding at Jane’s observation that while a woman’s 20s is a competition toward the altar, their 30s is the beginning of the Mommy Wars. “No matter what, women are still defined by these labels: wife, mother, grandmother,” Meg later observes. “And if you don’t fit the label people make you feel like you’re a dragon lady or like there’s something wrong with you.”

The treatment of Meg’s friend and neighbor on Montauk is disappointing. Nicholas seems like a great guy, but is clearly in the Gay Best Friend stereotype that was popular in women’s fiction a half decade ago. His sexuality is referenced often and usually in terms of stereotypical beliefs and behaviors. It’s too bad, because he’s a positive male character in a book without many.

In keeping with traditional beach reads, each woman finds resolution at the end with each other and their personal problems. Cara’s solution is a little Scooby Doo (and a lot illegal and improbable), but it gets the job done.

Lost Along the Way is a light summer read that strives for more and just misses. Still, Erin Duffy has a way with dialogue that keeps the story chugging along. Cara and Meg are no more likable at the end than at the beginning, but Jane shines as the Can-Do friend. For a quick read, you could do worse.