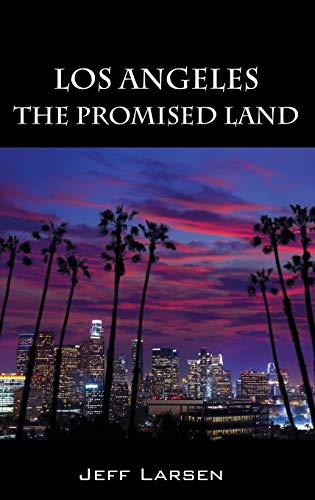 For generations, Los Angeles has confounded writers attempting to define its shimmering quicksilver character, qualities that jumble up glamour and tawdriness, success and failure, riches and poverty, virtue and corruption, hope and desperation. Truth is, L.A. is a mystery to all but those who actually live there, those who have come for redemption and reinvention and found them. Let's face it, L.A. may be the city of angels but celestial creatures are few and far between from the shores of Santa Monica to gritty downtown. Most efforts to put down on paper the ineffable crazy quilt essence of the city fail.

That's why Jeff Larsen’s new book Los Angeles: The Promised Land proves so enlightening. Larsen’s debut novel manages to be two things at once: an excellent primer for those wanting to learn how to write a tight screenplay, and a well-written, rewarding compilation of three dramatic takes on Los Angeles.

Larsen is an award-winning ad exec and studio story analyst who has lived and worked in Los Angeles and Southern California for years. He has street cred, no question. He now makes his home in Santa Barbara. He’s seen that for many, Los Angeles still remains The Promised Land. Whether one agrees with that or not, it is surely no longer Raymond Chandler’s “Los Angeles, a city with all the personality of a paper cup.”

Larsen has written a trilogy in a genre all by itself: the novella in screenplay form. His fiction is not only heart-thumping in action but it contributes to unraveling the bewildering puzzle that is Los Angeles. Los Angeles: The Promised Land is all about relationships and leads to the central question: Is Los Angeles a utopia or dystopia?

His three stories are unrelated. To boil them down, Borderland involves an LAPD pilot and her security consultant boyfriend in a thrilling pursuit into an underbelly area of the city we’d never expect. Grounded takes us along with a young couple on the run and heading for Los Angeles in the woods of Big Sur and Southern California. Down Track spins a yarn of criminal conflict and extortion that includes deadly derailments and well-staged passenger and freight train robberies—and that’s just for starters. All three stories have more than enough gunplay, action, deceit, humor, cops, bad guys, corruption, twists and turns, relationship interaction and, yes, even romance, to please anybody.

Larsen’s trio of stories pulls back the fig leaf and exposes some of L.A.’s darker shadows. These stories force readers to confront them and create a movie in their own minds. This takes effort, but the payoff is certainly there. There is no question these three takes would make great films. For the time being, we must be content to appreciate them in book form.